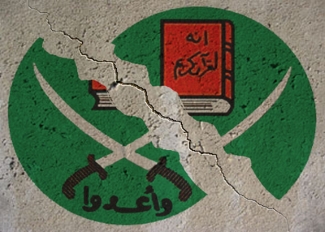 At the moment, there are three factions struggling to control the Muslim Brotherhood, and they all operate outside of Egypt: one residing in Britain, and two others operating from Istanbul. The London faction, once led by Munir, is now led by Mohei El-din El Zayet. One Istanbul faction is led by Mahmoud Hussein, and the other operating from Istanbul is the “Current of Change” faction. Each claims to be the legitimate representative of the Muslim Brotherhood group and its goals.

Before his death, Munir declared that the Muslim Brotherhood no longer would contest for power in Egypt. In contrast, the Istanbul factions reject that stance. One believes in militant operations against the Egyptian government and army.

“The Muslim Brotherhood group realizes that the youth boys and girls are its present tools, the power of the group, the hope, its glory makers, the safety valve for its continuity and the name of its future,” Hussein said in a Nov. 20 speech to members. “That’s why the group is working on preparing and qualifying a generation of youth leaders who is completely qualified in all professions and able to lead the group toward a safe transition into the second centennial for the group, God willing.”

The feud cannot be settled anytime soon. It requires a general assembly vote, something difficult to arrange with members behind bars or in exile.

Egypt considers El Zayet a terrorist, sentenced to six years in prison by a military court in absentia for a number of terrorism related cases involving a terrorist cell known as the “Helwan Brigades.” Helwan Brigades attacks in 2014-15 killed five police officers and destroyed a number of electrical towers. El-Zayet was charged with coordinating various brigade groups.

Similar power struggles within the Brotherhood ignited earlier in 2013, following the arrest of General Guide Mohamed Badie. He later was sentenced to life in prison after being convicted of multiple charges relating to a mass prison breakout and killing of police officers.

Brotherhood bylaws say a vacancy should be filled by the oldest known free member of the group. In 2017, that was Ibrahim Munir.

Munir was credited with keeping the global Muslim Brotherhood group intact after it was banned in Egypt, Saudi Arabia, United Arab Emirates, Bahrain, and Jordan.

But both Munir and Hussein were abhorred as leaders by the Current of Change faction, which is comprised mostly of the group’s youth, who see the old guard as too old and entrenched. It is also known as “The Third Wave” and “The New Kamalists,” referring to Mohamed Kamal, a deceased founder of the group. The Current of Change organized a convention in Istanbul last October coinciding with the anniversary of Kamal’s death.

Kamal masterminded a number of terrorist activities in Egypt before being killed by Egyptian security in 2016 after a short battle at his hideout in Cairo. The Change movement believes in restoring the tenets set by the group founder Hassan al-Banna and its ideologue and terrorism mastermind Sayyid Qutb. These tenets include fighting apostate governments and ousting rulers by force as a form of jihad. Qutb believed in forcing sharia laws into societies and replacing civic laws.

The Current of Change faction issued a charter during its first official meeting in Istanbul. It indicates that the group is willing to resume terrorist activities in Egypt, according to Sky News Arabia. It shuns any reconciliation or rapprochement efforts with the Egyptian government.

“All options are open to the use of force and violence, and the need to release prisoners,” the charter said.

It also called for “the end of the era of centralization within the [Brotherhood] and the reliance on decentralization,” seen as a statement that it would not follow the London or Istanbul factions.

These positions contradict Munir’s statement that the Muslim Brotherhood no longer seeks power in Egypt.

Munir’s statement claimed that his faction’s focus is on freeing Brotherhood members in Egyptian prisons, “achieving societal reconciliation, and building a broad national partnership that adopts the demands of Egyptians in achieving political and economic reform.”

“Ibrahim Munir’s statement seems to make concessions to the authority in Egypt, thinking that this might allow it (Muslim Brotherhood) to return to political work after a while, or at least to engage in social work, especially since Munir and his front have the perception that the group no longer possesses any weapons with which it can confront the political system in Egypt,” wrote Egyptian counter-terrorism researcher Munir Adeeb.

If that bylaw were applied to the letter, the next acting general guide should be 80-year-old Mohamed El-Beheiry, who lives in Turkey. He is the oldest member of the Muslim Brotherhood and was part of the notorious cell known as the “Organization 65,” which was headed by Sayyid Qutb and also included Badie.

Organization 65 carried out a number of assassination attempts targeting then-President Gamal Abdel Nasser, and launched other coordinated attacks in effort to topple the Egyptian government. Egyptian authorities dismantled the group in 1965, sentencing a number of its members – including Qutb – to death.

El-Beheiry was one Munir’s many enemies and participated in an attempted coup against him in October 2021. In response, Munir suspended El-Beheiry and a number of his accomplices.

El-Beheiry’s potential rise as the next acting General Guide would deepen the rift between the Muslim Brotherhood factions. Younger members feel that they are being ignored and treated as cannon fodder in their leaders’ battle with the Egyptian state.

The future of a unified Muslim Brotherhood group in Egypt remains murky as the group is splintered into at least three known factions, each with its own set of goals and agenda which can contradict the others. The new Current of Change group lacks the legitimacy that is enjoyed by the London and Istanbul factions but carries of ideals of the overzealous and radicals of the group who represent a large number of the group’s young generation.

IPT Senior Fellow Hany Ghoraba is an Egyptian writer, political and counter-terrorism analyst at Al Ahram Weekly, author of Egypt’s Arab Spring: The Long and Winding Road to Democracy and a regular contributor to the BBC.

Re-Posted with permission for  – conservativechoicecampaign.com