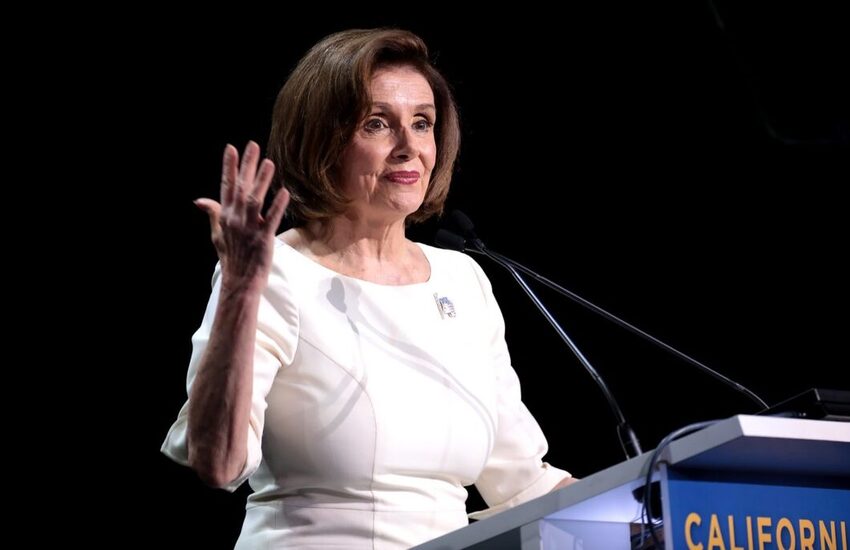 Joe Biden’s poll numbers continue to sink, and his agenda stalled in Congress.

To add insult to injury ‘Nasty’ Pelosi shut down Brain-Dead Biden with this humiliating rejection.

Manchin declared that with inflation raging the government could not afford to further devalue the currency by printing trillions of new dollars to finance Green New Deal and welfare state entitlement programs.

During Joe Biden’s embarrassing one-hour and 51-minute press conference Brain-Dead Biden tried to salvage his socialist spending agenda by proposing breaking the big government bill into smaller chunks to see what Biden could convince Senator Manchin to sign on to.

“It’s clear to me that we’re going to have to probably break it up,” Biden told reporters.

‘Nasty’ Pelosi popped this trial balloon not even 24 hours later.

During Speaker Pelosi’s weekly press conference, Pelosi rejected the idea of breaking up the socialist spending bill into smaller pieces of legislation.

“So what the president calls chunks, I would hope would be a major bill going forward, maybe more limited, but it is still significant. So we’re talking about climate. Now let’s talk about health care. So in the legislation is that millions more people will have access to healthcare at a very low cost, because of what is in the bill in terms of expanding the Affordable Care Act,” Pelosi stated.

Pelosi noted that this was a reconciliation bill and Democrats only get one bite at the apple each year.

“Remember this. This is a reconciliation bill. So when people say let’s divide up, eh, they don’t understand the process. What can we agree upon? And I’m sure that we can agree upon something significant. Call it a chunk if you want, but whatever you call it, we want it to be able to make a difference in transforming the workplace by honoring or by respecting the fact that there are families that have to make decisions between home and work and again, protecting the planet. So I’m optimistic,” Pelosi added.

Pelosi knows Republicans are favored to reclaim the majority in the House of Representatives in November.

That means this is the Democrats’ last bite at the apple to pass a massive socialist spending bill.

And Pelosi knows that Biden waving the white flag of surrender ahead of time will only serve to fracture the party and make passing anything more difficult.

If you want Black Eye Politics to keep you up to date on any new developments in this ongoing story and the rest of the breaking news in politics, please bookmark our site, consider making us your homepage and forward our content with your friends on social media and email.

Click this link for the original source of this article.
Author: rcsdAdmin2018

This content is courtesy of, and owned and copyrighted by, https://blackeyepolitics.com and its author. This content is made available by use of the public RSS feed offered by the host site and is used for educational purposes only. If you are the author or represent the host site and would like this content removed now and in the future, please contact conservativechoicecampaign.com using the email address in the Contact page found in the website menu.