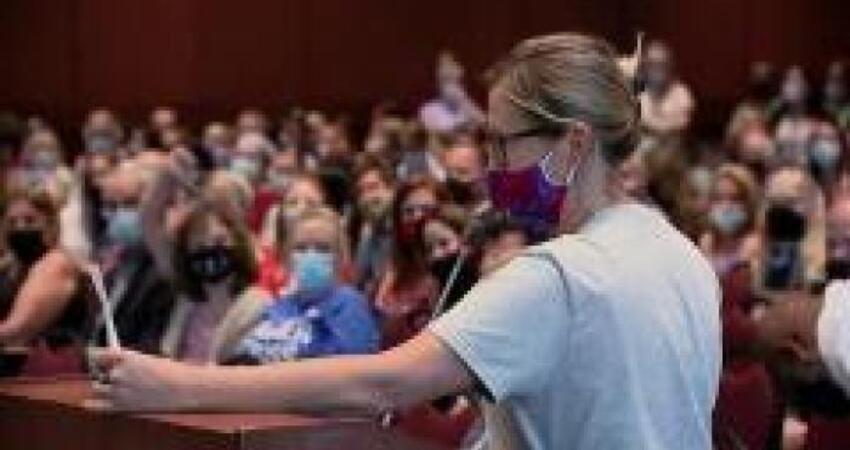 Parents speak out at a school board meeting. (Screenshot). OBIDEN -BOLD FACED LIAR

Since the National School Board Association (NSBA) sent a letter asking the Justice Department, FBI and Secret Service to treat parents protesting radical school policies as domestic terrorists, 17 state school board associations have left – and stopped funding – the NSBA.

Parents across the country have protested school boards over radical school policies, such as:

To combat parents’ objections to its policies at school board meetings, the NSBA sent a letter to the DOJ, DHS, FBI and Secret Service asking them to treat parents’ protests “as a form of domestic terrorism and hate crimes.”

The DOJ complied, announcing that it will take steps to target dissident parents, CNSNews.com reports:

“As part of its crackdown on parents objecting to the leftist political indoctrination of their children, the Justice Department announced it will create a task force ‘to determine how federal enforcement tools can be used to prosecute these crimes, and ways to assist state, Tribal, territorial and local law enforcement where threats of violence may not constitute federal crimes.’”

To date, 17 state associations responsible for at least $1.1 million – or 42% of NSBA’s state dues revenue and one of every eight dollars of its total dues funding – have since severed ties with NSBA,  analysis by Axios finds.

The loss of $1.1 million, based on 2019 statistics, likely underestimates the financial damage done by the exit of 17 state associations, since these groups also help fund NSBA’s conferences and events, Axios notes.