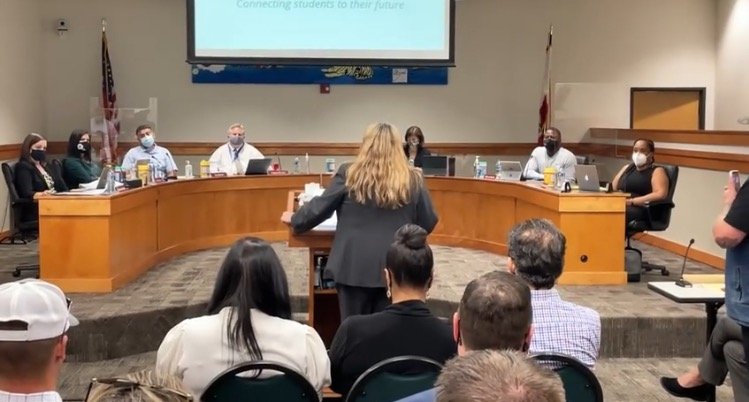 Grab some popcorn because the NSBA just threw AG Merrick Garland under the bus.

The National School Board Association on Friday announced “we regret and apologize for the letter” to the Biden Administration characterizing concerned parents as potentially domestic terrorists.

This letter comes just one day after the Washington Free Beacon obtained emails revealing the Biden Regime was coordinating with the NSBA in the weeks leading up to the memo attacking parents.

“On behalf of the NSBA, we regret and apologize for the letter. To be clear, the safety of school board members, other public school officials and educators, and students is our top priority, and there remains important work to be done on this issue. However, there was no justification for some of the language included in the letter,” the NSBA wrote.

“We deeply value…the voices of parents, who should and must continue to be heard when it comes to decisions about their children’s education, health and safety.”

Breaking: In the wake of yesterday’s @FreeBeacon report, National School Board Association announces “we regret and apologize for the letter” to Biden admin characterizing concerned parents as potentially domestic terrorists pic.twitter.com/3RBufvWqAN

Here’s the back story:

The National School Board Association (NSBA) coordinated with the Biden White House weeks before AG Merrick Garland classified parents “domestic terrorists” in a letter to the FBI.

As previously reported, the NSBA begged Biden to use federal law enforcement agencies against parents and investigate them for “domestic terrorism and hate crime threats.” They shamelessly claim the situation is so dire that he should use the Patriot Act, among other “enforceable actions” against them.

Merrick Garland is targeting parents who dare speak out against Critical Race Theory (CRT) because his son-in-law makes millions off of selling the Marxist literature across the country.

Garland’s son-in-law’s company, Panorama, provides its CRT-related platform to over 1,500 school districts, 23,000 schools, and 13 million students. No wonder he wanted to stop parents from criticizing CRT being pushed in US schools.

The Biden Regime wanted to crush the growing movement of angry parents rising up all over the country so they coordinated with left-wing activists at the NSBA to label parents “domestic terrorists.”

Pressure from parents and conservative media forced the NSBA to apologize and make policy changes.