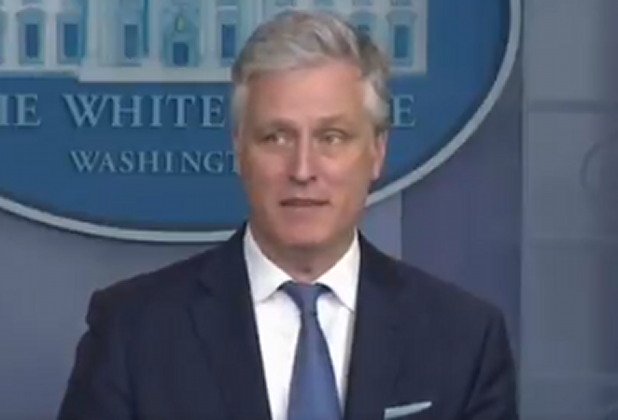 This week, President Trump announced a historic peace agreement between Israel and the United Arab Emirates.

It’s the biggest peace agreement to come out of this region in almost twenty-five years.

National security adviser Robert O’Brien said today that Trump should be a front-runner for the Nobel Peace Prize because of this.

White House national security adviser Robert O’Brien on Thursday called for President Trump to be considered for the Nobel Peace Prize, citing his role in a diplomatic breakthrough between Israel and the United Arab Emirates (UAE).

O’Brien made the case for his boss to get the prestigious honor, which the president himself has previously suggested he deserves, during a White House press briefing.

“It’s really remarkable I think when you step back and take a look at what this president has done on the peace front,” O’Brien said. “And it wouldn’t surprise me — it’ll take some time in this environment — but it wouldn’t surprise me if the president is eventually nominated for a Nobel Prize for this. Today’s work is an example of why he would be rightly considered and should be a front-runner for the Nobel Peace Prize.”

O’Brien showered praise on Trump for his role in brokering the normalization of relations between the UAE and Israel. He noted that one of Trump’s books was titled “The Art of the Deal” but that he will be remembered “for being a great peacemaker.”

This is an excellent point.

What delicious irony: Obama began his first term with a preemptive Nobel Peace Prize — and left behind a Middle East and North Africa plunged into war and disorder.

If Obama got a Nobel Peace Prize for doing nothing, surely Trump deserves one for this amazing achievement.