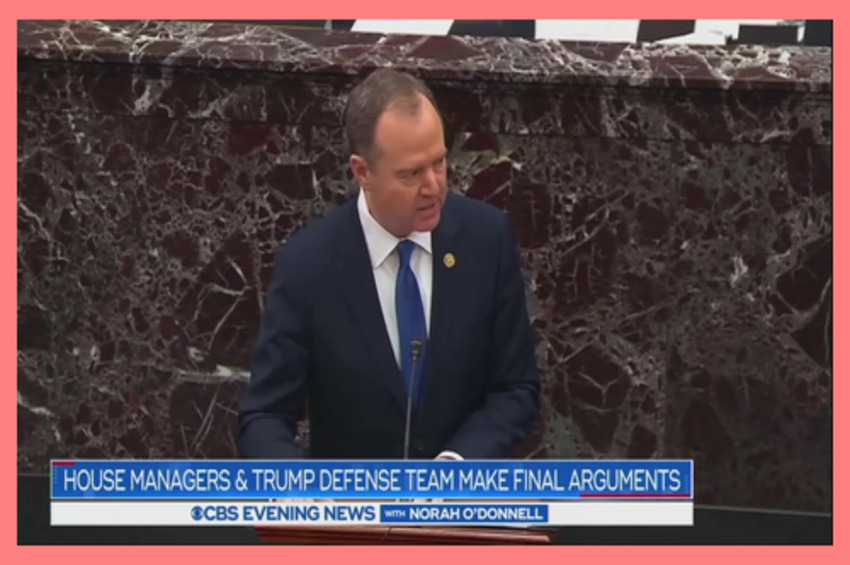 ***To read the full blog, please check out the complete post on NewsBusters***

Monday was the final day of the Senate’s impeachment trial before Wednesday’s likely acquittal of President Trump. As such, the Democratic impeachment managers were pulling out all the stops, putting out every argument they had no matter how crazy. One claim by Congressman Adam Schiff (CA) suggested if they didn’t remove Trump from office, he might sell Alaska back to Russia. Despite his unhinged accusation, the broadcast networks touted his “warning” to Republicans.

This was the portion of Schiff’s off-the-wall rant the networks didn’t want to tell their viewers about:

[President Trump] could offer Alaska to the Russians in exchange for support in the next election or decide to move to Mar-a-Lago permanently and leave Jared Kushner to run the country, delegating to him the decision whether they go to war.

Schiff further suggested that, according to the argument the President’s legal team had made, those things would not be considered impeachable.

But that’s not what the viewers of CBS Evening News saw. “The House impeachment managers closed the trial with a warning about President Trump,” reported chief congressional correspondent Nancy Cordes before playing this edited together soundbite of Schiff.