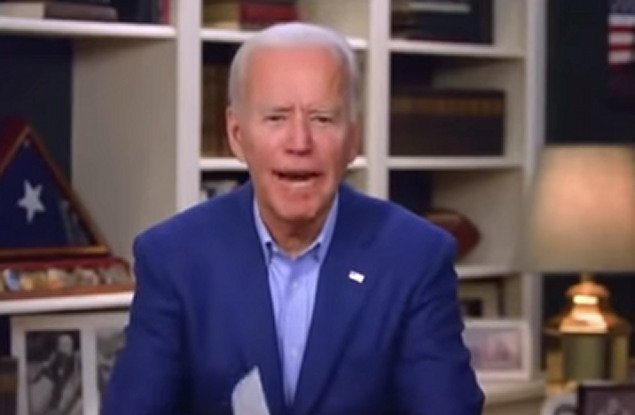 A new book is making some startling claims about Joe Biden’s behavior.

Although he plays a quiet, gentle type when he’s on TV, he apparently has a nasty temper.

Young staffers on the campaign claim Biden had a habit of yelling at people and a reputation for being cranky.

A new book on the 2020 election raises serious questions about President Joe Biden’s temperament, citing the “cranky” septuagenarian’s “willingness to unleash” his fiery temper, especially at the expense of young staffers who dared to speak their minds.

“Biden’s temper, and his willingness to unleash it in small group settings, was one reason the people closest to him often avoided pushing him too hard to change his ways or take a particular course of action,” write journalists Jonathan Allen and Amie Parnes in Lucky: How Joe Biden Barely Won the Presidency.

Biden’s so-called Irish temper, a term the president himself often uses despite its racially charged nature, tended to erupt at younger aides. Greg Schultz and Kate Bedingfield, both in their thirties, were “most likely to get their ears boxed for pushing back on Biden’s ideas,” the authors write. When he wasn’t screaming at them, Biden “had a tendency to talk down” to the “delicate” youngsters.

Maybe Biden was getting angry because he’s confused.

Democrats are determined to prevent Biden from delivering a state of the Union address. It would put Biden’s advancing dementia on display for all.

Trump spoke longer and more substantively at CPAC than dementia ridden Biden has since Inauguration Day.

It would be funny if it wasn’t so scary.