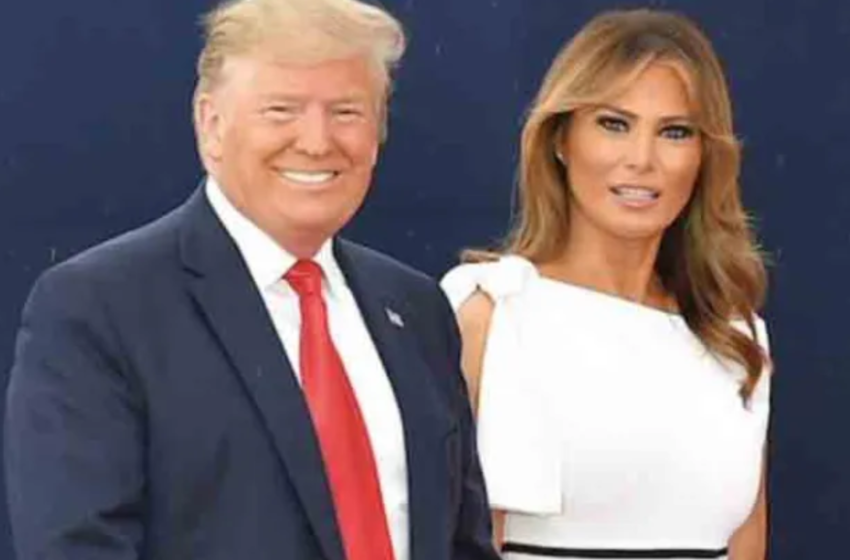 BESIDES THE LEFT BEING AFTER HIM – THE ARE CIMING AFTER US.. BIDEN CONTROLS D.O.J.

Former President Trump put the following on TruthSocial. The raid, and it was a raid, was an invasion on every level.

My attorneys and representatives were cooperating fully, and very good relationships had been established. The government could have had whatever they wanted, if we had it. They asked us to put an additional lock on a certain area – DONE! Everything was fine, better than that of most previous Presidents, and then, out of nowhere and with no warning, Mar-a-Lago was raided, at 6:30 in the morning, by VERY large numbers of agents, and even “safecrackers.” They got way ahead of themselves. Crazy!

Just learned that agents went through the First Lady’s closets and rummaged through her clothing and personal items. Surprisingly, left area in a relative mess. Wow!

Surely, the FBI will soon go after Hunter. After all, we heard from Merrick Garland today that the FBI and DOJ apply the law equally.

Donald Trump’s lawyer said she was not given a copy of the warrant and was only allowed to see it from a distance.

The warrant that allowed the FBI to ransack Mar-a-Lago allegedly relates to an alleged dispute over the Presidential Records Act. We believe it’s a fishing expedition to get info for their J6 probe.

Federal Judge Bruce Reinhardt – who signed off on the search warrant for the FBI to conduct an unprecedented raid on former President Donald Trump’s estate in Mar-A-Lago – has ordered the Justice Department to produce a copy of the warrant by August 15.

Federal Magistrate Judge Bruce Reinhart ordered the DOJ to “file a Response to the Motion to Unseal” the warrant after Times-Union, an Albany, N.Y. newspaper, and conservative legal group Judicial Watch filed a motion to unseal the search warrant.

“Upon information and belief, agents with the Federal Bureau of Investigation, through the United States Attorney’s office, applied for and received a search warrant in connection with an investigation that involved the residence of Donald J. Trump in Palm Beach, Fla.,” a letter on the motion states. “On Aug. 8, 2022, a search was executed at the aforementioned residence, at 1100 South Ocean Boulevard, Palm Beach, Fla., by the FBI in plain sight of the public.”

Mar-a-Lago Raid Attacked Our Rule of LawAugust 10, 2022In “Home of News, Politics & Opinion”