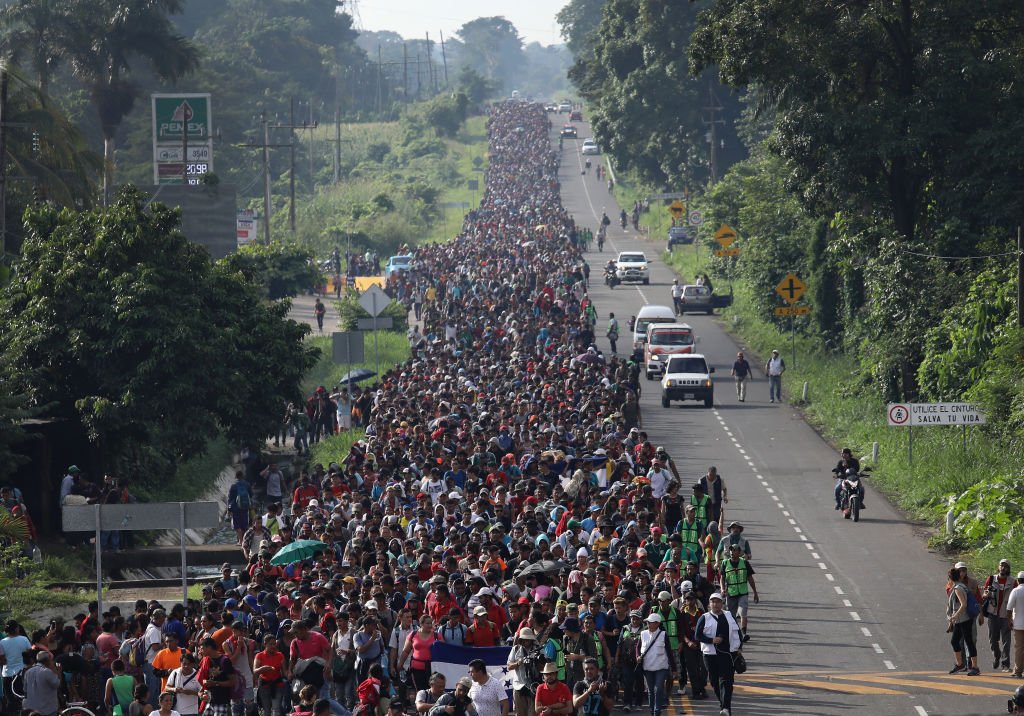 Joe Biden will allow at least 25,000 migrants seeking asylum forced to wait in Mexico under Trump’s “Remain in Mexico” program into the United States while their immigration cases make it through the legal system.

According a spokeswoman for the International Organization for Migration, the asylum seekers will be tested for Covid-19 before they enter the US.

Setting the Covid issue aside, Joe Biden is focused on helping foreigners as Americans suffer from Democrat lockdown orders.

The first wave of an estimated 25,000 asylum-seekers with active cases in the “Remain in Mexico” program will be allowed into the United States on Feb. 19, authorities said. They plan to start slowly, with two border crossings each processing up to 300 people a day and a third crossing taking fewer numbers.

President Joe Biden’s administration declined to publicly identify the three crossings out of fear it may encourage a rush of people, but U.S. Rep. Henry Cuellar, a Texas Democrat, said officials told him that they are Brownsville and El Paso in Texas, and San Diego’s San Ysidro crossing.

In addition to allowing tens of thousands of asylum seekers into the US, Biden plans to introduce legislation to Congress that would provide a pathway to citizenship for 11 million illegal aliens currently living in the US (more like 20+ million illegals).

The Democrats stole the executive branch and legislative branch with a massive voter fraud operation and they will use their power to permanently entrench their party.

“Release them all, immediately,” the ICE agent wrote. “No sponsor available is not acceptable any longer.”