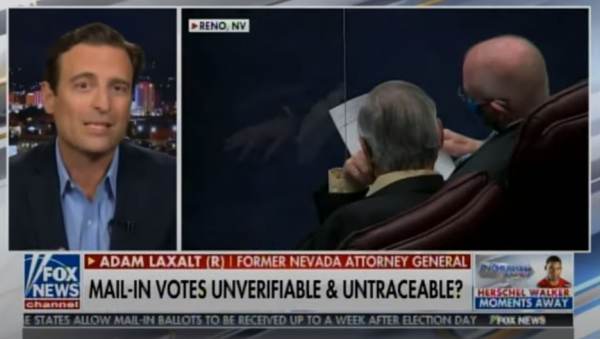 Radical Democrat Governor Sisolak and Nevada Democrats called a special session this past weekend with no public present and inside of 24 hours they rammed through mail-in voting and ballot harvesting.

Democrats did this during the special leglislative session.

The Democrats are going to cheat at all costs to keep the state from going to Donald Trump!

The new Democrat law allows people not related to or friends with elderly voters to fill out their ballots and turn them in to be counted! 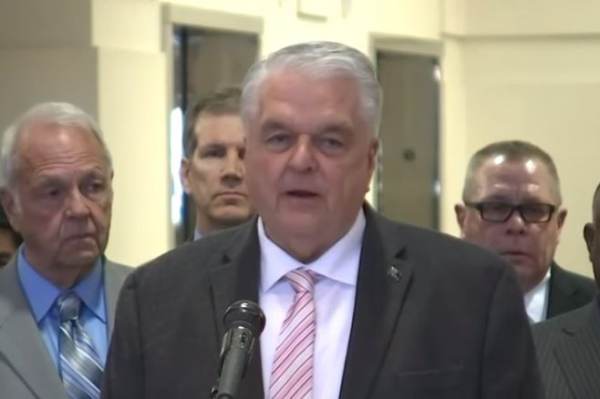 Gov. Sisolak and the NV Dems called a special session with no public present and inside 24 hours are ramming through mail-in balloting and ballot harvesting. They are massively altering our election 97 days out entirely without the SecState. They are working to steal our election

On Monday Laura Ingraham spoke with former Nevada Attorney General Adam Laxalt about these new rules that were pushed through by lawless Democrats in a nighttime vote over the weekend.

Laxalt reminded Laura that the ballot harvesting means Democrats can enter nursing homes and fill in ballots for dementia patients without their signature.

Adam Laxalt: You’ve chronicled it. I’ve chronicled it. There is clearly voter fraud all over the country and this is a huge deal. And she’s talking about ballot harvesting which is illegal in Nevada until this new bill was passed. And your listeners have heard of granny harvesting. Imagine paid Democrat operatives or Republicans being able to go into senior living homes, take advantage of our elders and in this legislation they can even sign it for them. So this thing is absolutely ripe for fraud.

Today’s Democrat Party in America is a lawless, violent mob.