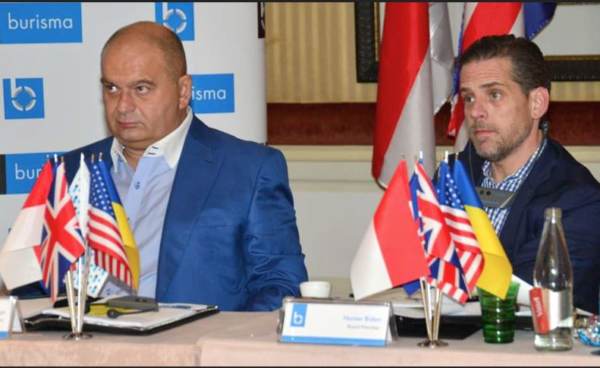 Hunter Biden: board member of Burisma from April 2014 to April 2019

s we reported at the time the head of Burisma Holdings was indicted in November 2019 in Ukraine.

The claim alleges that Hunter Biden and his partners received $16.5 million for their ‘services’

Vice President Joe Biden’s son Hunter Biden took a lucrative post on the Burisma Board in 2014.

Hunter Biden was making millions from the corrupt Ukrainian oil and gas company.

Joe Biden bragged about getting Viktor Shokin fired during a 2018 speech to the Council on Foreign Relations.

The Burisma indictment reveals that former Ukrainian President Yanukovich illegally obtained $17.4 billion and laundered it through an investment fund close to the US Democratic Party.

The MP explained that this information makes up a part of a large-scale scheme of Zlochevsky’s money laundering that involved politicians from the time of ex-President Viktor Yanukovich who continued this scheme under another (now former) President Pyotr Poroshenko, with the backing of former Governor of the National Bank of Ukraine Valeria Gontareva.

“We will reveal the information about the financial pyramid scheme that was created in Ukraine and developed by everyone beginning with Yanukovich and later by Poroshenko. This system is still working under the guidance of the current managerial board of the National Bank, ensuring that money flows in the interest of people who stole millions of dollars, took it offshore and bought Ukrainian public bonds turning them into the Ukrainian sovereign debt,” Dubinksy claimed. He then added that “in both cases of Yanukovich and Poroshenko, Ms. Gontareva and companies she controls were investing the stolen funds.”

Another Verkhovna Rada MP, Andrei Derkach, claimed that the US Franklin Templeton Investments management company was also involved in the scheme. “The investigation suggests