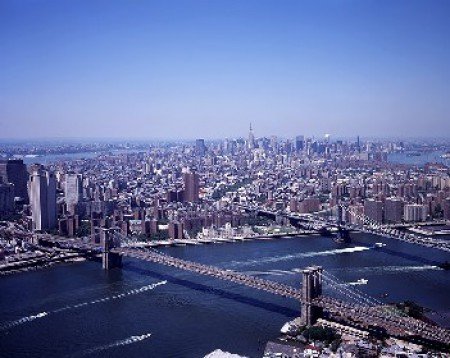 With apologies to John Kander and Fred Erb, the composer and lyricist respectively of Sinatra’s classic, New York, New York. It is time to update that tune:

Don’t want to live in it: New York, New York

This U Haul Truck rental, is pricey as hell

But it will get me out of it: New York, New York

I want to wake up in a city without a mask,

Go out on the town and not have to ask.

The big city blues, are melting away

I’ll make a brand new start, away from New York

Can’t stand the crime and fear, I want anywhere but here

Yes kids, the Big Apple is rotten to the core and folks are abandoning it–at least those with the case to bail out. But this phenomena is not confined to New York City, which has been brutalized by the inept, murderous rule of Governor Cuomo Bin Lyin and Mayor Bill “the Commie” DeBlasio. Other major cities, such as San Francisco, are also seeing residents flee liked panicked passengers on the Titanic frantic to grab the nearest lifeboat.

San Francisco saw an exodus of residents during the coronavirus pandemic, with the net number of exits increasing 649% in 2020, according to a new report published by the California Policy Lab. . . . Cori Sarno Villacres talks on Oct. 21, 2020, about how she and her family didn’t feel comfortable or safe in California — even feeling bullied for their political preferences. They left their life in Sacramento last April to start anew in Idaho.

And where are people going? While some stay in state but abandon the once majestic cities now turned into genuine shit-holes, many are leaving the blue states and head for red pastures–Idaho, Arizona, Texas and Florida.

And boy, are they flocking to Florida. One of my dear friends, a local realtor, is celebrating halcyon days–properties are being sold within hours of being listed and often with a bidding war to boot. Owners cashing out with a new place already in hand are rolling in dough.

You can monitor this phenomena for yourself by going to uhaul.com. Look at the cost of renting a van to go from San Francisco, California to Sarasota, Florida:

But look at the cost of going from Sarasota to San Francisco:

Why does it cost almost $3000 more to go east rather than west? Supply and demand. There are so many folks bailing out of San Francisco and so few leaving Florida that U-Haul’s pricing structure rewards those stupid enough to move to California. I have been told that U-Haul is even hiring drivers to