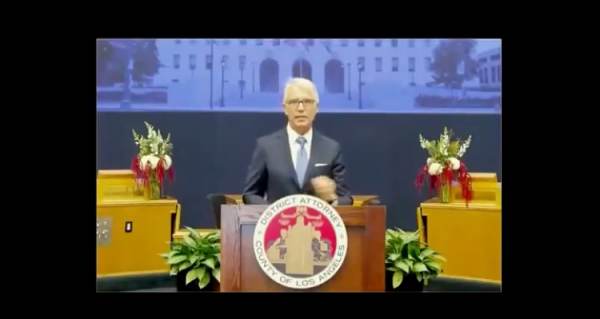 George Gascón was previously the DA of San Francisco and absolutely turned that place into a hell hole.

According to the San Francisco Chronicle, in 2017, San Fran reported over 31,000 car break-ins – the WORST year on record.

“I recognize that these are big changes, but they are changes that will enable us to actually affect the truly vulnerable,” Gascón said.

“The money bail system is as unsafe as it is unjust,” Gascón said. “The rich can be dangerous while the poor impose zero threat to society.” The amount of money a person has in their bank account does not determine the danger they pose to their community, he added.

5) Juveniles will not be tried as adults

6) Use-of-force review board to reopen fatal officer-involved shooting cases going back to 2012!

“As homicides, shooting victims, and shots fired into occupied homes soar in Los Angeles, it’s disturbing that Gascón’s first act in office is to explore every avenue possible to release from jail those responsible for this bloodshed,” the Los Angeles Police Protective League said in a statement. “Victims and law-abiding residents lost a voice today while criminals and gang members gained an ally in the prosecutor’s office.”