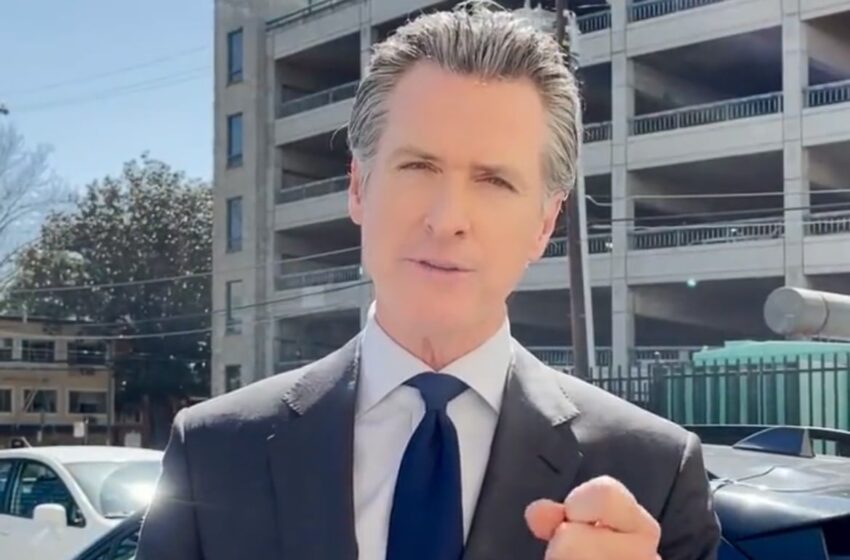 California Governor Gavin Newsom will not be challenging Joe Biden in 2024, according to a new report.

Gov. Newsom told the White House that he is “all in” for the president’s reelection and willing to wait his turn, Politico reported on Saturday.

“I’ve told everyone in the White House, from the chief of staff to the first lady,” Newsom told Politico.

The report says that Newsom relayed the same to Biden himself on election night.

The governor speculated that if former President Donald Trump runs again, Biden could “beat him again.”

Newsom added that he hopes Biden does run, and that he will “enthusiastically support him.”

Many had speculated that Newsom was planning to challenge Biden, especially as he began campaigning nationwide — with billboards taking aim at Florida Governor Ron DeSantis.

The Washington Examiner reports, “During a victory speech Newsom made after winning reelection, the California governor discussed how the state’s leadership had ‘affirmed clearly with conviction that we are a true freedom state’ and compared himself favorably to Republican governors, including the one ‘flying migrants to an island.’ The reference was seemingly aimed at Gov. Ron DeSantis (R-FL), seen by many as a strong contender for the Republicans in the 2024 election.”

As of November 26, Trump is the only candidate who has formally announced that he is running for the White House in 2024, though Biden has said he intends to seek re-election.

DeSantis has refused to rule out a run but has not announced if he intends to launch a campaign, either.