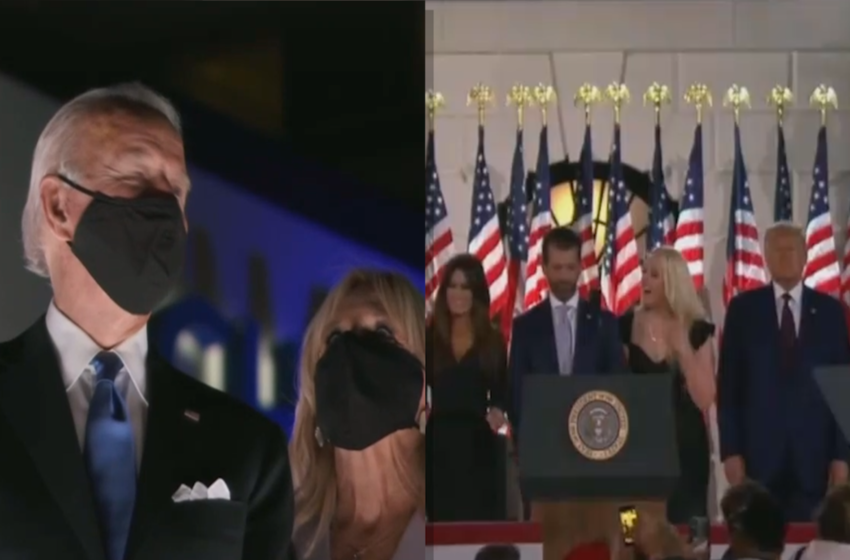 Over the past two weeks television journalists have played the role of brazen partisans in their coverage of the Republican and Democratic National Conventions. More specifically, the very same (supposedly objective) journalists who offered glowing reviews of the Joe Biden and the Democrats invariably trashed President Trump and the Republicans seven days later.

The coverage of these two events, held only a week apart and reported on by the very same (supposedly “objective”) journalists, makes for a perfect apples-to-apples comparison to demonstrate just how pro-Democrat American journalists are. Watch the video below to see the sharp contrast between how TV journalists handled President Trump’s acceptance speech versus Joe Biden’s:

ABC News chief White House correspondent Jonathan Karl wore his Democratic operative hat to the RNC viewing party, describing President Trump’s speech with the same specific phrase that Joe Biden’s own campaign had used: “one of the longest and lowest-energy speeches that I have seen the President give.”

Karl’s commentary was just as partisan the week prior, when he remarked with barely-contained awe that Joe Biden had given “the speech of his life.” He went on to add: “I might say that this was his finest hour.”

While CBS Evening News anchor Norah O’Donnell cheered Biden’s performance as “one of the strongest speeches of Joe Biden’s career,” she did little more than nitpick Trump’s speech. She was particularly incensed that the President had dared to host a fireworks show on the National Mall.

Like O’Donnell, NBC’s Andrea Mitchell also opined that Biden’s speech was one of his best ever. And Like O’Donnell, Mitchell was deeply upset by the fireworks, which she alleged were “of questionable legality.”

As one might have expected, the coverage on CNN and MSNBC was no more charitable to the President, and no less adoring of Biden.