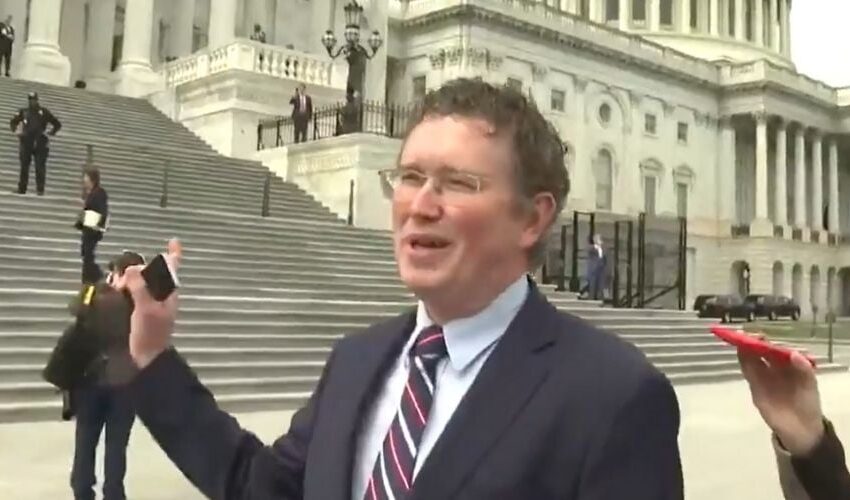 Earlier today, several members of the United States Congress, including Kentucky Congressman Thomas Massie and Florida Congressman-elect Cory Mills held a press conference detailing the need for robust oversight and audits of the money sent to Ukraine by the Biden administration.

Congresswoman Marjorie Taylor Greene, who kicked off the presser, highlighted how the money spent on Ukraine could have helped to address the influx of Fentanyl into the United States by Mexican drug cartels, but acknowledged the fact that the Democrats were shamelessly parading around wounded Ukrainian soldiers around the United States Capitol, but wondered why they weren’t doing the same for families who had lost loved ones due to  the Fentanyl epidemic.

This is one of the many reasons the deep state hates these America First champions https://t.co/mNVUYzLfYa

Congressman Massie followed up by promising to figure out where all the money has gone when it comes to Ukraine, stating that American support for continued support for Ukraine and support for the initial funding to Ukraine had wained among the American people.

Massie correctly stated that the Democrats have a habit of tying federal aid to Ukraine to hurricane relief and COVID-19 funding instead of having an up or down vote on each spending measure.

“We need an Inspector General. The waste, fraud, abuse we saw from the Inspector General who investigated the funding to Afghanistan proves we have a lot to uncover in Ukraine,” concluded Massie.

Matt Gaetz, who represents Florida’s 1st Congressional District which is the home to the most military veterans in the nation, said that laws had been violated and regulations had been ignored in relation to the funding already sent to Ukraine.

“The American people are not going to support this war without tough questions. The incoming