A mass stabbing by a black male at an LA hospital started out as national news on social media and quickly disappeared. We leave it to you to figure out why.

The attacker was black and the weapon was a knife in what was a mass stabbing. The unnamed attacker was allegedly seeking some kind of treatment.

Several outlets including NBC Los Angeles reported that the man was taken into custody just after 8 p.m. He was lead out of the hospital and placed into an ambulance and taken to a hospital in Sherman Oaks for treatment for self-inflicted wounds to his arms. Authorities have what they believe is the weapon – a 3 or 4 inch knife.

According to Encino Hospital Medical Center, the victims were two nurses and one doctor. All three were transported to Northridge Hospital in critical condition.

The perpetrator has an extensive criminal record, including assaulting the police, yet he was roaming freely. 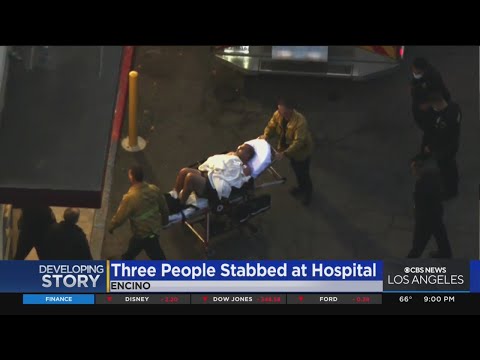 #UPDATE: A suspect who allegedly stabbed a doctor and two nurses at an Encino hospital has been taken into custody after barricading himself in a room for hours. https://t.co/9duDDjY0cd https://t.co/cuF2UOkPIW pic.twitter.com/UnNb2eeq45

Black man stabs at least 5 people with a machete at a Rabbi’s ShulDecember 28, 2019In “Home of News, Politics & Opinion”