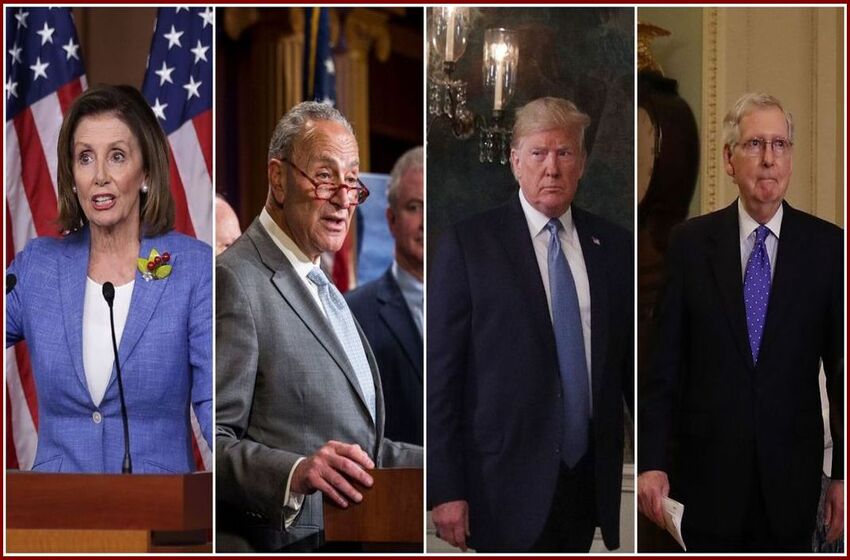 A new Gallup poll finds congressional Republicans with a higher approval rating than Democrats in the wake of President Trump‘s impeachment and acquittal in the Senate.

Republicans get a 40 percent approval rating, compared to 35 percent for Democrats.

The disapproval rating in the Gallup poll for Democrats rose from 57 percent to 62 percent.

The findings are also significant — since Gallup began polling of lawmakers in 1999, Democrats have tended to have a higher approval rating than Republicans.

In addition, they noted that Gallup’s approval rating for Republican Senate Majority Leader Mitch McConnell (R-KY) soared to his highest ratings EVER, landing at 33% approval! Meanwhile, Speaker of the House Nancy Pelosi (D-CA) saw an unfavorability rating increase from 50% to 55%!

Ultimately, it shows how Americans are becoming tired of the Democrats continual investigations, attempts to change the outcome of the 2016 Presidential election, and of the nasty and blatantly false information and narratives that Democrats have put out on a nearly daily basis! In all, it doesn’t bode well for their 2020 election chances, as they try to take back the Senate, hold the house, and win the Presidency!