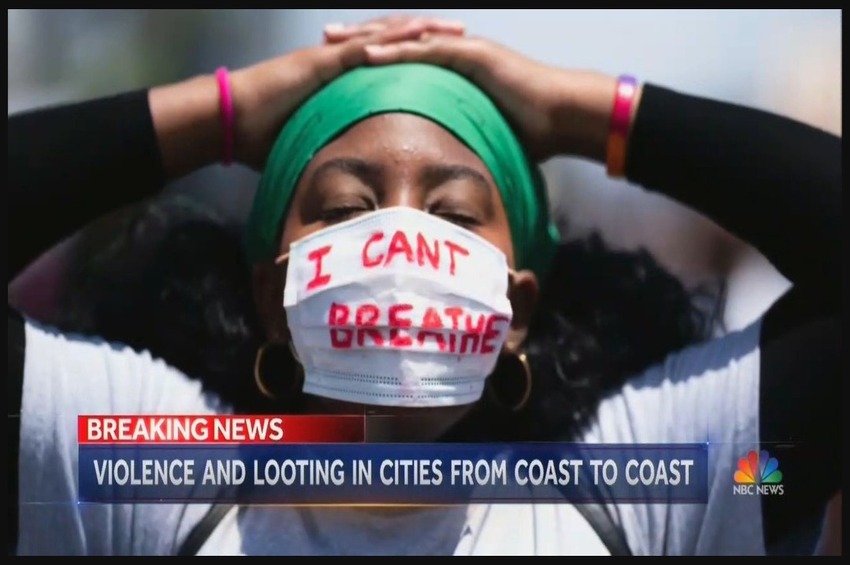 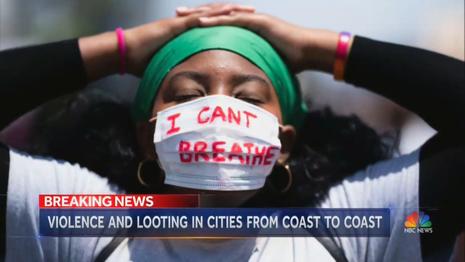 The New York Times has changed its entire outlook on the dangers of the deadly coronavirus pandemic since nationwide (now worldwide) protests against police racism started nearly two weeks ago. The health dangers have been almost completely cast aside: No more lectures about social distancing or masks. Instead, the paper’s news pages are actually celebrating the breaking of the lockdown rules as “personal liberation.” (Those who were forbidden to work only to have their businesses and stock destroyed during riots may have a less sunny view.)

“From Behind Closed Doors to Out in the Streets” blared from Friday’s front page, as the text box gushed, “Protests Are a Personal Liberation for Many New Yorkers.”

Michael Wilson and Sandra Garcia filled their story with glorious anecdotes and not buzzkill about a deadly pandemic.

A teenager outside the Port Authority Bus Terminal, taking a knee on a block crowded with protesters, relished the feeling lost these last months — of being part of something.

A 23-year-old art teacher, Evan Woodard, was thrilled to see his city at the fore of a nationwide event. “I’m proud to call myself a New Yorker,” he said. “This is everyone’s city.”

People who just last month were dutifully keeping behind doors and masks have turned out by the tens of thousands in the past week to gather in the streets and shout to be heard.

The lurch between twin crises with opposing aims — isolation and assembly — has been jolting, and to many, positively liberating. People feeling penned for months, then pushed past a tipping point by images of a man’s life ending under an officer’s knee, have surged to the streets — for some, mask be damned — to be part of something.

It took many paragraphs before the report overcasually noted:

Even as new cases ebb, New York City remains the epicenter of the coronavirus outbreak in the United States. More than 200,000 residents have contracted the virus and 21,000 have died, or are presumed to have died, of Covid-19, the disease caused by the virus.

The degree to which the two forces — pandemic and protest — affect one another will be studied in the weeks to come. With images of body bags in refrigerated trucks still fresh, there is widespread concern that the virus could be spreading through the crowds.

The Times followed up on Sunday, as Dionne Searcey and David Zucchino marked a memorial and protests for George Floyd, with even less concern for the spread of coronavirus.

In Seattle, a demonstration organized by health care workers drew thousands who walked from Harborview Medical Center to City Hall, with many wearing scrubs and lab coats and carrying signs with slogans like “Black Health Matters” and “Racism Is a Public Health Emergency.” Seattle officials encouraged people who had attended recent protests to take advantage of free coronavirus testing sites that the city was opening.