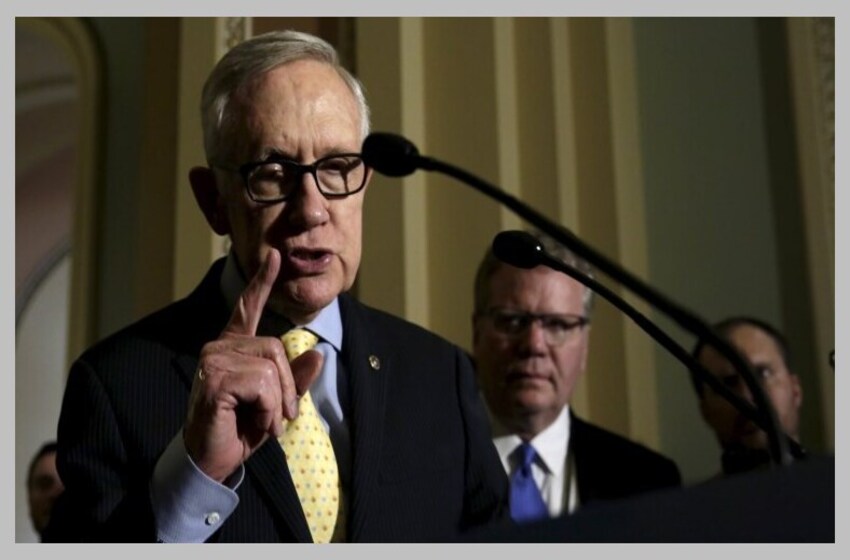 Former Senate Majority Leader and Nevada Democrat Harry Reid convinced Bernie Sanders not to mount a primary run against former President Barack Obama in 2011, according to The Atlantic.

Reid was reportedly tasked by an “absolutely panicked” Obama campaign team to dissuade Sanders — who had privately disclosed his intentions to fellow Vermont Senator Patrick Leahy — because they were fearful that Sanders would pose a serious challenge.

“Every president who has gotten a real primary has lost a general,” Obama’s 2012 reelection-campaign manager Jim Messina told The Atlantic.

After being told of the situation by Leahy, Messina then asked Reid to talk Sanders out of the race. The two men reportedly discussed the matter twice over the summer of 2011, with Reid telling Sanders that he needed to stop. The dialogue proved fruitful: Sanders never entered the race.

Reid, though retired, made headlines Wednesday by telling Bloomberg News that Sanders’s primary opponents need to “speak up” if they “don’t like what Bernie’s doing.”

“If Bernie is the one that comes out ahead, we’ll just have to see what happen,” Reid said, remaining coy on who he supported in the race. “But if people don’t like what he does, they’re going to have to start saying they don’t like it rather than pat him on the back.” He added that the other Democrats need to shift their strategy and start taking initiative, rather than thinking “‘if I say something negative, maybe people won’t like me.’”

Reid also said Saturday that “people should not be counting Joe Biden out of the race yet.”

Last week, Nevada’s politically-powerful culinary union decided not to endorse a Democratic nominee for the state’ upcoming primary caucus, with Politico reporting that the union’s top adviser helped the group arrive at its decision after “multiple conversations” with Reid.

The culinary union circulated a flyer to its 60,000 members ahead of the announcement which highlighted that Sanders would “end Culinary Healthcare.”