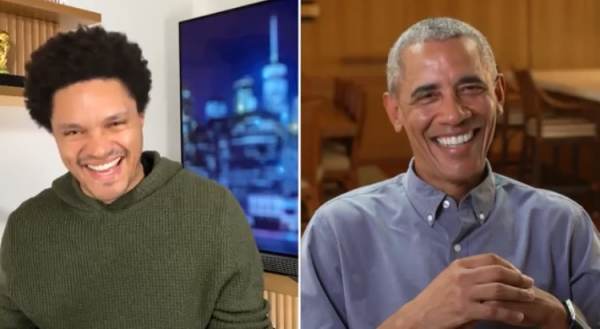 Barack Obama trolled President Trump over the “birther” issue during an appearance on “The Daily Show” with Trevor Noah on Monday evening.

Back in 2007 Hillary Clinton and her campaign circulated a memo promoting Barack Obama’s “lack of American roots” and reportedly began the “birther controversy.”

“[Barack Obama’s] roots to American values and culture are at best limited,” the memo says. “I cannot imagine America electing a president during a time of war who is not at his center fundamentally American in his thinking and values.”

Americans became suspicious after then-candidate Obama, who claimed he was born in Hawaii, refused to release his birth certificate to prove he was born in the US and therefore eligible to be US President.

Hillary Clinton used the birther issue to attack Donald Trump during the 2016 campaign but it backfired on her.

President Trump did question Barack Obama’s birth certificate and his past living as Barry Soetoro, the name Obama used while he lived in Indonesia as a child.

When I was 18, people called me Donald Trump. When he was 18, @BarackObama was Barry Soweto. Weird.

Barack Obama trolled President Trump and said he was “able to get away with” not being born in the US.

“I should roast people I admire more. I’ll start roasting you, man,” Obama said to Trevor Noah, who was born in South Africa.

“Although you weren’t born here,” Obama said. “But, look, I was able to get away with it, apparently.”