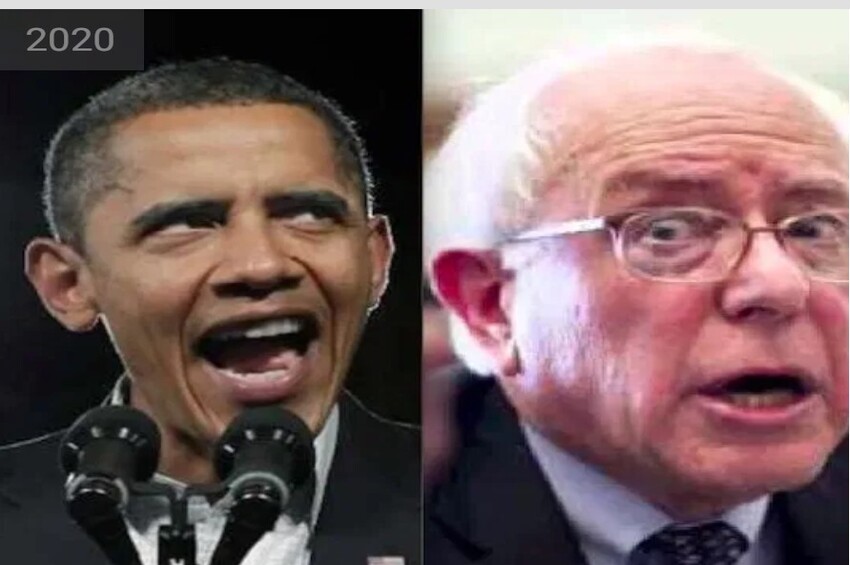 It’s unclear who Barack Obama wants to get the 2020 democratic party nomination, but painfully obvious which candidate he won’t tolerate. The former president and most popular democrat says he would stop Bernie Sanders from landing the party’s nod. Apparently Bernie is too far left for even the farthest-left president this country has ever had. Obama hasn’t given an endorsement yet, including for his former VP, but he is issuing an anti-endorsement of elderly socialist kook.

Politico wrote a very long and boring profile of Obama, which makes sense considering how boring and long-winded the subject is. There were however a couple of interesting nuggets in there related to the 2020 democratic field:

Back when Sanders seemed like more of a threat than he does now, Obama said privately that if Bernie were running away with the nomination, Obama would speak up to stop him.

“Yeah, if Bernie were running away with it, I think maybe we would all have to say something,” said one close Obama advisor.

(Another close Obama friend said, “Bernie’s not a Democrat.”)

That’s it? Obama is going to stop Bernie by speaking up? Where’s the pistol duel or epic Kung-fu battle? Obama is so boring that he can make attacking a political candidate sound like a cold-reading of Ikea furniture instructions.

What exactly would Obama say to stop Bernie from landing the nomination? Would he call Bernie the “JV team?” Would he accuse Bernie Bros of bitterly clinging to their socialism? Those are solid points and would be a lot more appropriate than when Obama used them originally.

As it turns out, Obama doesn’t much care for anyone in the 2020 democratic party field:

Over the past year, Obama and his closest advisers were clinical in their assessments of the candidates. They discussed doubts about Kamala Harris’ appeal to African Americans. Obama was deeply skeptical about the prospects of Mayor Pete Buttigieg.

As for Warren…Obama said privately that if Democrats rallied around her as their nominee it would be a repudiation of him—a clear sign that his economic decisions after the Great Recession had been seen as inadequate.

Man, these are some awesome anti-endorsements: Harris isn’t black enough, Buttigieg can’t win because he’s gay, Warren exposes Obama’s ineffectiveness, and Sanders is a commie. Obama’s not wrong on this, but he’s supposed to be the democratic party’s elder statesman. Maybe he should keep this stuff to himself.

But obviously Obama can’t keep things to himself, he has to make things about himself and that’s what’s really going on here. Obama thinks he’s the greatest gift to America that has ever been bestowed and that makes everyone else less than him. He can’t bring himself to endorse anyone because they aren’t nearly as wonderful as he thinks he is.

What Obama is actually trying to say with all of this is that he wishes he could serve a 3rd term as president. It won’t be surprising if a guy named “Barry Soetoro” who looks suspiciously like Obama but with a big fake mustache, suddenly jumps in the race.