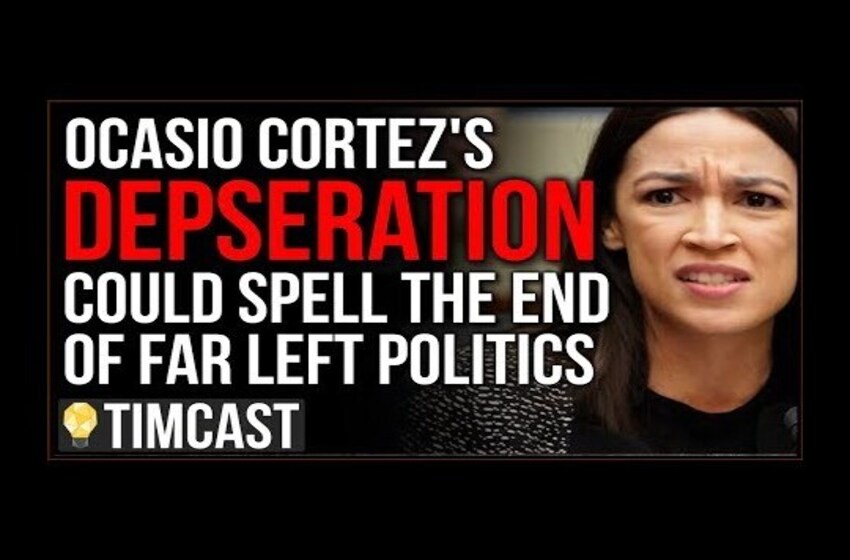 Ocasio Cortez’s Desperation Could Spell THE END Of Far left Democrats, Her Opponent Just Raised $1M. Over the past few weeks Alexandria Ocasio Cortez has been moving away from far left activism and progressive politics and embracing what has been describe as conventional or mainstream Democratic positions. Progressives have been split either accusing her of schilling for Nancy Pelosi or claiming that she is being savvy in order to win some progressive victories. But one of her primary challengers Michelle Caruso Cabrera has just raised $1 Million for the upcoming primary battle. Ocasio Cortez’s initial victory was considered a fluke by many establishment Democrats and they have been trying to figure out how to remove her ever since. Now we have the Chamber Of Commerce endorsing her rival and AOC must know she is not long for congress. AOC wants to hold on to that celebrity and that power and it would seem that she is willing to compromise on her stated values in order to keep it. In one instance she even voted more in line with Republicans on a tax provision that Democrats. Perhaps there is no real rhyme or reason in the end. Perhaps we will just have to wait till June to see if she can keep her seat in congress #FarLeft #Democrats #Republicans SUPPORT JOURNALISM. Become a patron at http://www.timcast.com/donate