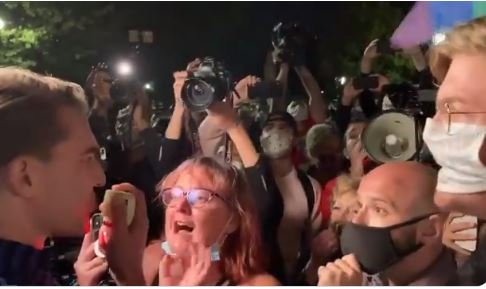 Republicans control the US Senate and the White House and could nominate and confirm a justice by election day on November 3rd.

Later this evening conservative activists Jacob Wohl and Jack Burkman showed up at the Supreme Court with megaphones.

Jacob announced, “Roe v. Wade is dead” and “The Supreme Court will soon get a new justice.” 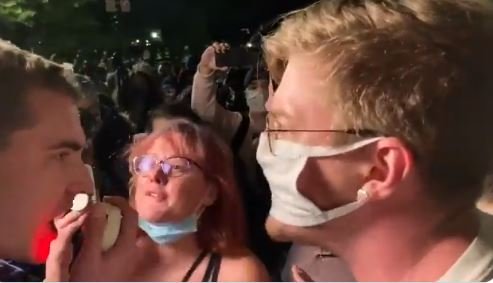 If you listen carefully one leftist asks Jacob, “Have you ever stuck a penis in a woman?”

THE LEFT LOST IT!

And what happened to their social distancing???

WOW! This was crazy.