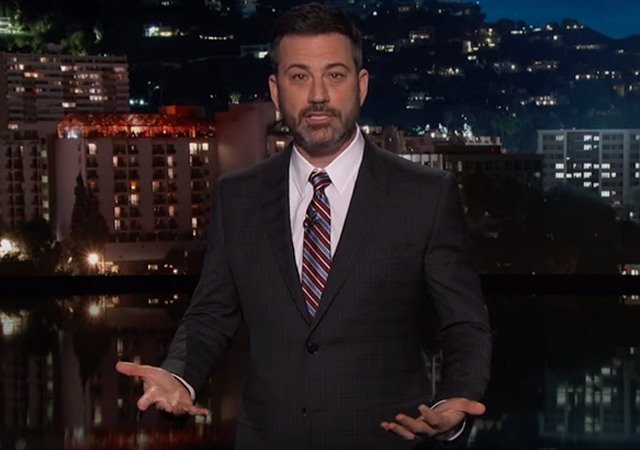 He spends more time working out his Trump Derangement Syndrome than trying to be entertaining.

Now he has a serious problem on his hands.

EXCLUSIVE: Jimmy Kimmel, who urged actor Tom Arnold to release an alleged “N-word” tape of President Trump in 2018, admitted years ago that he imitated rapper Snoop Dogg’s voice for a track in a 1996 Christmas album — an original song in which Kimmel used the “N-word” several times.

The admission came in a January 2013 podcast obtained this weekend by Fox News. In the podcast, Kimmel also changed his speech pattern in an attempt to adopt the voice of black comedian George Wallace, in what host Adam Carolla called Kimmel’s “crazy black voice.” Kimmel acknowledged imitating black people on other occasions as well.

Kimmel, who is slated to host the Emmy Awards this year, announced last week that he’s taking the summer off amid a brewing blackface controversy; he has not issued an apology.

Fox News additionally has obtained audio from the Christmas album, “A Family Christmas In Your A–,” which came out of the “Kevin & Bean” radio show that aired on KROQ-FM in California. A version of the track featuring Kimmel’s Snoop Dogg imitation, “Christmastime in the LBC,” has been uploaded to YouTube.

Kimmel recently announced that he is taking the summer off from his show. Now we know why.

In 2018, Jimmy Kimmel begged Tom Arnold to release a Trump ‘N-word’ tape. No tape has surfaced.

However, in audio obtained by Fox this weekend, Kimmel imitates a black comedian (https://t.co/dN9pe8MN0y) and uses the ‘N-word’ six times. (https://t.co/yJ5gPDxygC). 1/2

In the audio, from a 2013 podcast, Kimmel also admits to impersonating other black individuals. Representatives for Kimmel, currently on vacation amid a blackface controversy, did not respond to requests for comment. He has not apologized. Details: https://t.co/UpVhkTwEex 2/2

Roseanne Barr was fired from her show for less than this.