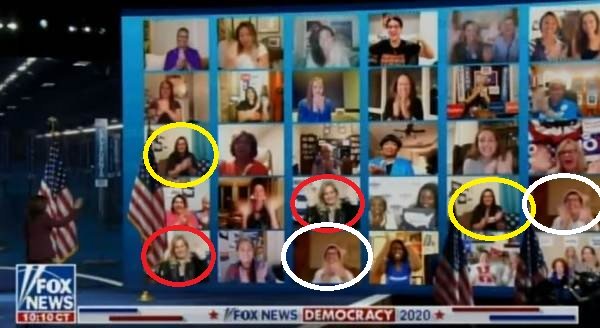 After she was done there was dead silence and then some women only appeared on a screen and she waved at them.

It did not look like they could see her because they did not react.

But then somebody noticed the crowd was faked!

But the DNC faked the crowd of supporters.

They used double images of the same people to make their crowd shot!

Kamala’s applause live-stream was actually meant to be an accurate representation of 30 Democratic voters in New Jersey. pic.twitter.com/WfGecOScx0