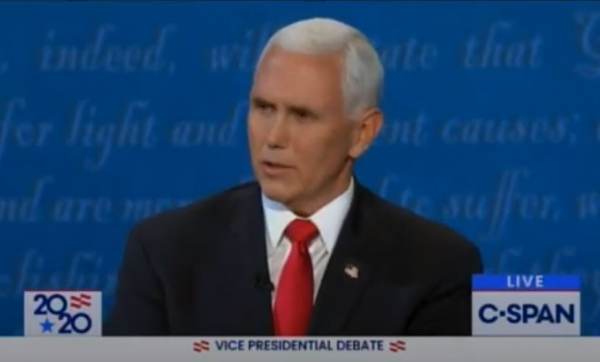 Vice President Mike Pence was asked during the debate by far left moderator Susan Page on a peaceful transfer of power.

This is a popular question on the left to attack President Trump and make him appear unhinged.

Pence, in his mild and calm voice, explained how Democrats have NEVER allowed for the peaceful transfer of power since Hillary Clinton was defeated in 2016. VP Pence even brought up how Obama and Biden was spying on the Trump Campaign. Then Mike Pence went on to talk about the Russia hoax scandal and investigation and the Democrat impeachment probe after President Trump’s call to Ukraine.

Mike Pence KNOCKED IT OUT OF THE PARK!