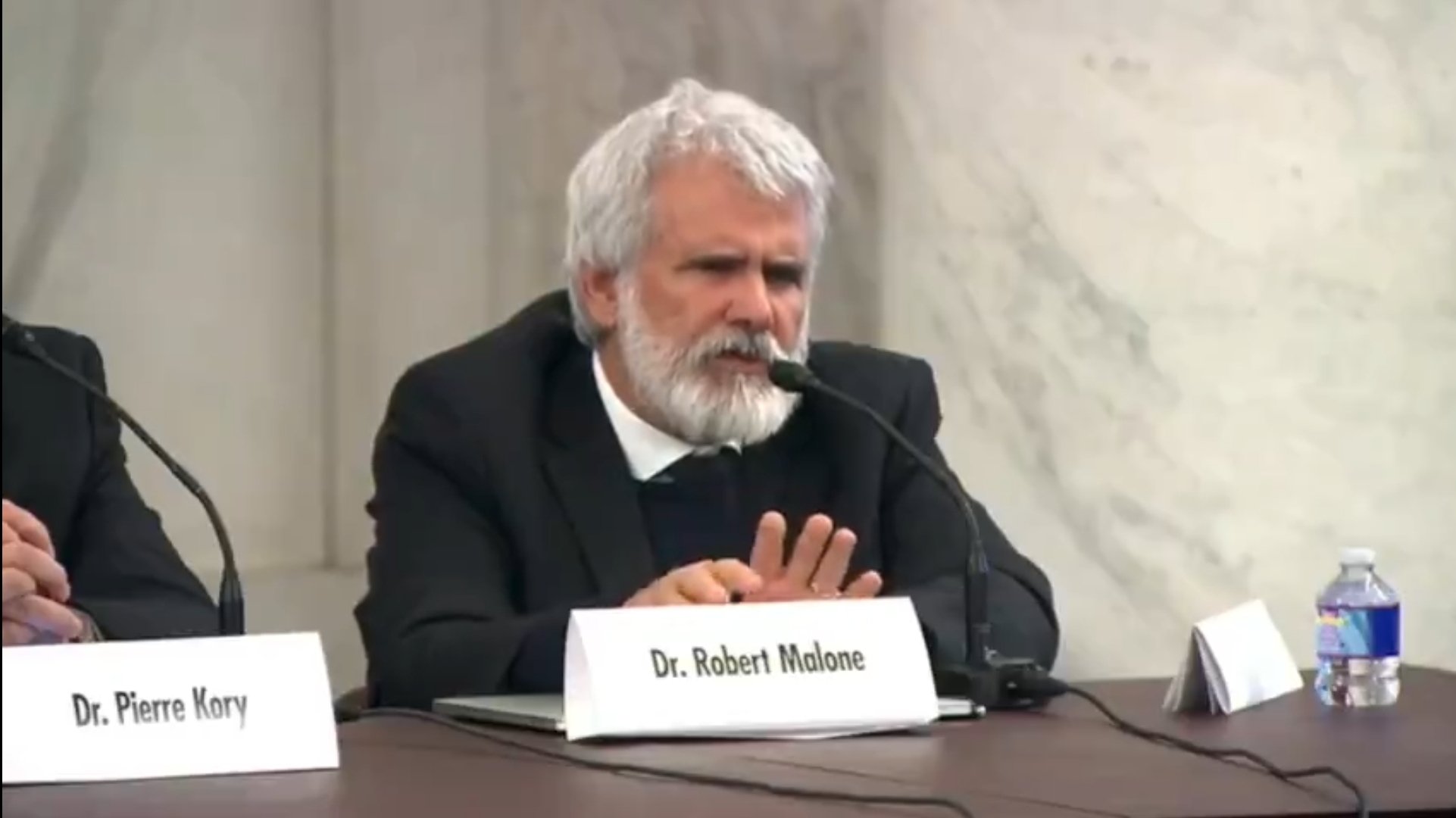 On Monday, Dr. Robert Malone spoke alongside several other world-renowned doctors and medical experts during a panel discussion that was hosted by Senator Ron Johnson (R-WI),

The nearly five-hour-long event, which was titled “Covid-19: A Second Opinion,” saw a wide range of issues discussed, including “the global pandemic response, the current state of knowledge of early and hospital treatment, vaccine efficacy, and safety, what went right, what went wrong, what should be done now, and what needs to be addressed long term,” according to its description on Sen. Johnson’s website.

During the event, Dr. Malone, who is one of the esteemed inventors behind the mRNA technology that is being used in the experimental Covid vaccines, stressed that the worldwide campaign to vaccinate everyone under the sun, and hook them on perpetual boosters, is actually severely detrimental to the prospects of ever getting past this shamdemic – especially, he says, with the emergence of the highly infectious, but overtly mild, Omicron variant.

According to Dr. Malone, if the public health regime continues to push this terrible universal vaccination policy, it will keep driving the virus to mutate, potentially to a state where it may be “more pathogenic and more able to elude immune response.”

“As I said back before Christmas, that Omicron has such [a] low risk for severe disease and death. However, it’s got a warning sign – and it’s what Geert [Belgian viral expert Dr. Geert Vanden Bossche] has been warning about, and what the FDA has acknowledged in the original documents allowing the Emergency Use Authorization – in which they told the pharmaceutical industry that they desired the pharmaceutical industry would investigate the risks of antibody-dependent enhancement or vaccine enhanced disease.

If we continue to pursue this universal vaccination strategy in the face of the pandemic, particularly with Omicron now – a much more highly infectious, highly replication-competent virus – what we risk is driving the virus through basic evolution to a state where it may be more pathogenic and more able to elude immune response… in some, I don’t wish to scare, we have had enough fear-porn.”

Dr. Malone continues by pointing out that the currently employed ‘sCiENcE’ behind the universal vaccinations is actually going directly against everything known about “basic viral evolution,” and the impact of the terrible plan is already starting to produce potentially catastrophic results