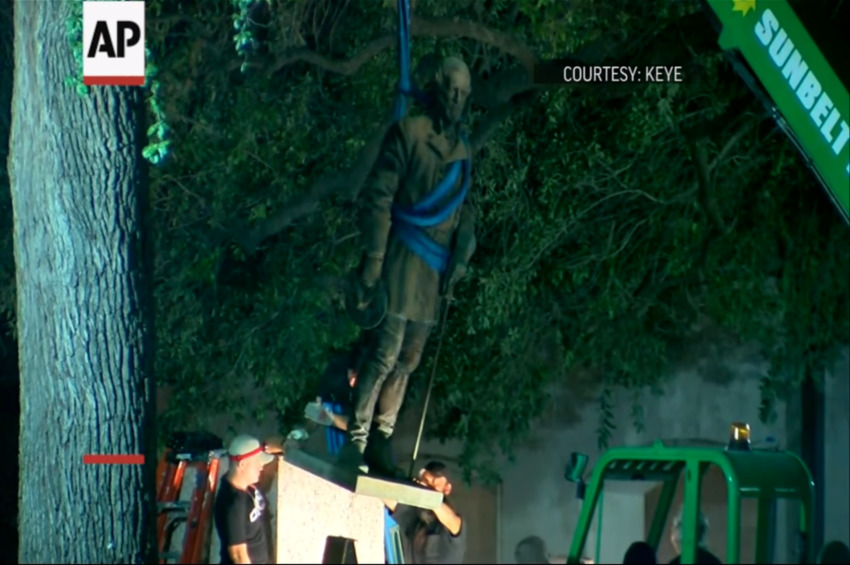 A federal appeals court dismissed a lawsuit seeking to reverse the University of Texas’ decision to remove Confederate statues from campus.

The 5th Circuit Court of Appeals upheld a lower court ruling that determined the Texas Division of the Sons of Confederate Veterans lacked standing to sue the school over the removal, according to the Austin American-Statesman.

The Sons of Confederate Veterans argued its free speech rights were violated because members have ties to the Confederacy and the statues expressed their political views.

“Though these ties might give Plaintiffs strong reasons to care about these monuments, Plaintiffs fail to explain how these ties [provide] a First Amendment-based stake in the outcome of this litigation,” wrote Judge Edith Clement Brown, a George W. Bush appointee.

“Plaintiffs have shown only a rooting interest in the outcome of this litigation, not a direct and personal stake in it,” she wrote.

After a deadly white supremacist rally in Charlottesville, Virginia, in 2017, university president Gregory Fenves ordered the removal of statues depicting Confederate Gens. Robert E. Lee and Albert Sidney Johnston, as well as Confederate Postmaster General John Reagan. The statues, which were donated to the school in 1921, were placed in storage.