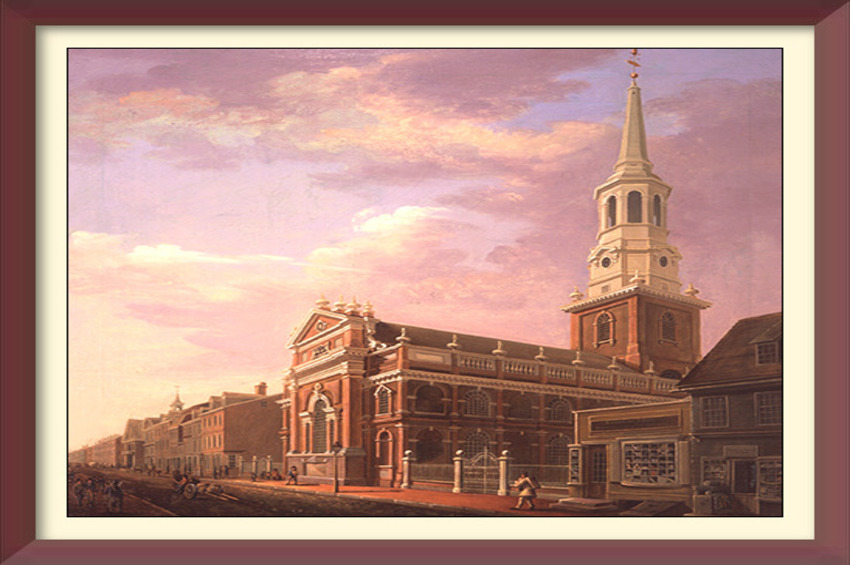 -MJ Grigsby is a direct descendant from Old John Grigsby who rode with Washington during the Revolutionary War!  He would like to dedicate this article to the Sacred Fire of Liberty that burns brightly in the hearts of True Patriots throughout the United States.

The History of the United States of America speaks to us; but not many are listening. Our Founding Fathers continually speak through their writings about the secrets of the great strength of this nation. However, many are woefully unaware, and haven’t been concerned enough to research for themselves.

Thomas Jefferson and our Founding Fathers understood that God alone is the source of our freedoms and our liberties; not the State. They understood the principles of God’s revealed Word were the bedrock upon which a Republican form of government could stand strong. This was in keeping with the teaching of great authors like Montesquieu, Blackstone, Locke and Hume, whom the Founding Fathers studied voraciously and quoted often.

This principle was so important it was included boldly in the first law of the land, the Declaration of Independence: “…and to assume among the powers of the earth the separate and equal station to which the laws of nature and of nature’s God entitles them….” The secularists of our day have endeavored to divorce from this statement any connection to the principles outlined in the revealed Word of God.

Alternatively, we have been fed a steady diet of socially engineered revisionist history that has done its best to remove Christianity and the role of faith in Jesus Christ from the history of this nation. Many Christians will even assert what they’ve been taught by secular historians: That our Founding Fathers were, for the most part, secularized deists who didn’t really follow Christ, but revered the ethical value of His teachings. This deception has been reinforced in almost every academic arena where Liberals have intentionally and strategically, sought to infiltrate places of influence and indoctrinate those who would listen.

To compound the misinformation, the Left has strategically and somewhat effectively, depicted the failures of the past as ‘proof’ that the founding of the United States of America was steeped in racism. Therefore, to follow this line of thought, all the principles that guided that founding must be inherently flawed.

The lack of concerted resistance to this logical fallacy of the Left has opened the door (consciously or subconsciously) to an idea in the United States: Perhaps ‘morally informed’ citizens should consider a “reboot” of our current system of government.

Patriots all over the United States sense that something is woefully wrong, but the tyranny of convenience has lulled many of our people into a deep sleep; stupefying us in the warmth of the copious freedoms and prosperity procured by the costly sacrifices of previous generations.

A sense of entitlement has been consistently fostered through moral failure and copious lawsuit proliferation. These are symptoms of a nation whose judicial system has eroded our religious liberties, attempted to ‘sanitize’ moral teaching from its connection to Biblical knowledge, and all but dissolved the original intent of the First Amendment of the Constitution of the United States.

The Original Intent of the Founding Fathers in the area of Religious Freedom has been usurped over time, and the Judicial system of the United States of America has transposed a godless façade of secularism over almost every arena of public life. This is a far cry from what the Founding Fathers intended. It also represents a judicial distortion of Thomas Jefferson’s letter to the Danbury Baptists where he penned the words calling for “…a wall of separation between church and state…”(Letter of October 7th, 1801 from Danbury (CT) Baptist Association to Thomas Jefferson).

Long ago, Thomas Jefferson foresaw the possibility of a Federal Judiciary usurping our constitutional freedoms. He writes:

“It has long, however, been my opinion, and I have never shrunk from its expression…that the germ of dissolution of our Federal Government is in the constitution of the Federal Judiciary;…working like gravity by night and by day, gaining a little today and a little tomorrow, and advancing its noiseless step like a thief, over the field of jurisdiction, until all shall be usurped.” (Letter to Charles Hammond, August 18th, 1821)

Our Founding Fathers even identified the possible consequences of a nation that turned away from God and ceased revering the biblical principles that undergird its founding.

I personally have been struck by how ‘prophetic’ these ‘worst case scenarios’ identified by our Founding Fathers have materialized; and how they speak so clearly and concisely to the foundation of our problems as a nation.

Many of the Founding Fathers had much to say about this; but in this case I will simply quote George Washington:

“Religion and Morality are the essential pillars of Civil Society.” (Washington, Writings (1932), Vol. XXXV, p. 416 “To the clergy of different denominations Residing in and near the city of Philadelphia, March 3rd, 1797)

Here is a question to consider:

Is there something we can do at a grassroots level in our communities to help turn the hearts of our people back to the Founding Principles of our great nation?

Mission: The Providence Forum is to educate Americans as to the Providential hand of God in the founding and progress of America.

Vision: That all American Citizens would be equipped with a comprehensive knowledge of our nation’s history and founding principles so as not to lose the true character of Liberty in order to better secure our nation’s future.

(Dr. Peter Lillback is the President of The Providence Forum, senior pastor at Proclamation Presbyterian Church in Bryn Mawr, Pennsylvania, and President of Westminster Theological Seminary where he is also Professor of Historical Theology. He is also the author (along with Jerry Newcombe) of George Washington’s Sacred Fire which is a #1 National Best Seller).