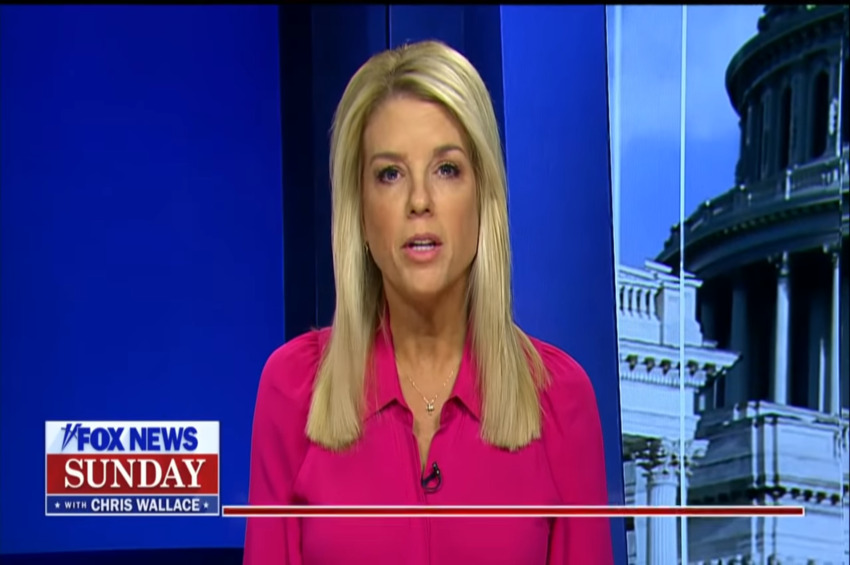 (Photo by MANDEL NGAN/AFP via Getty Images)(CNSNews.com) – White House impeachment adviser Pam Bondi told “Fox News Sunday” that the FBI deserved much better than they had in former FBI Director James Comey, adding that he “presided over the FBI in times worse than when J. Edgar Hoover was at the FBI.”

“That Steele dossier was central and essential to this report. It was fake, we know it was fake, and he says that his people did nothing wrong, and first of all, he was the leader. He was the one charged with briefing the president when, in fact, he was spying on the president. I can’t — that guy needs a lawyer, by the way. I can’t believe this,” Bondi said.

“He repeatedly misled the FISA court. Clinesmith, as you said, lied, doctored an email, as well as the people refusing to provide the court with exculpatory evidence meaning evidence that will clear the president,” she said.

“On the other hand — and I want to move on to impeachment, but on the other hand, Comey does point out that the Inspector General found there was no political bias in opening not the FISA warrant, opening the investigation, and that it was opened on a legitimate basis. And he points all the president’s talk about Obama ordering the tapping of his phones, all of the talk about treason. I mean, if Comey is responsible for his misstatements, is the president responsible for his?” host Chris Wallace asked.

“Well, first of all, Comey was spying on the president when he went in to brief him, yet they felt compelled to brief Russia and Putin, yet not the candidate and then the president-elect of the United States, and as far as — yeah, let me answer the question about you saying that there was no bias opening in the report, because John Durham disagreed with that,” Bondi said.

Bondi pointed out that Durham disagreed with the IG’s assertion that there was no political bias in the FISA warrant application.

“John Durham disagreed with that. The inspector general can only look at DOJ. He can only talk to the people who would talk to him. In fact, he tried to talk to Comey. He brought Comey in, and he had to read — Comey kept saying he couldn’t recall, he couldn’t recollect. So, they had to read him back in his security clearance, and he refused to do that, because he didn’t want to have to answer for all this,” she said.