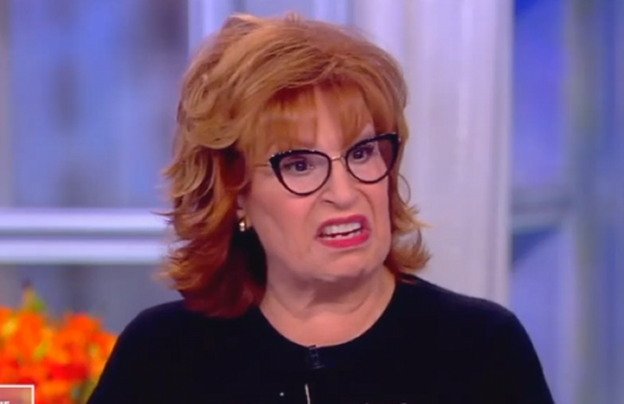 Joy Behar of The View recently said on the air that she is worried that President Trump might be reelected because of the Electoral College.

In her usual, bitter way, she dismisses the fact that half of the country or more, supports President Trump and his policies.

Joy doesn’t care about that, she just wants to get her own way.

They’re Panicking: ‘The View’ Co-Host Wants Electoral College Change Because Trump Might Pull Off a Win

I’ll confess that maybe I thought we could at least have a discussion about tweaking the Electoral College. I still think we can, except no liberals can be involved this time.

There was an initiative regarding the National Popular Vote Interstate Compact that was gaining some steam, but I think given how unhinged the Left has become in their policy thinking, engagement, and overall demeanor—we should be thanking the Founders for creating such a system. And we should certainly keep it for now.

The nonstop rioting, the quasi-Marxist policy action items, and the unhinged and violent rhetoric from these Trotskyite clowns have convinced me, at least for now, the way we elect our presidents is just fine. Any talk about changing it should be strictly cofined to the bar over bourbon among colleagues.

They point to this report from The Hill:

“I’m worried that Trump could pull this off. We see the polls and we see Biden is leading … but the Russian interference is alive and kicking. Facebook is continuing to leave all the lies on the pages. The Postal Service is being interfered with,” Behar, a frequent and ardent Trump critic, said Tuesday.

In just the first minute of this video, Joy Behar pushes conspiracy theories about Russia, Facebook, and the U.S. Postal Service. She has truly lost her mind. Watch:

TRUMP’S “LAW & ORDER” MESSAGE WORKING? With the presidential election eight weeks out, the co-hosts react to Pres. Trump pushing his “law and order” agenda and question if it will resonate with voters. https://t.co/1091s9WYqNpic.twitter.com/zWb9c7dlgh

What is Joy going to do if Trump wins in November?