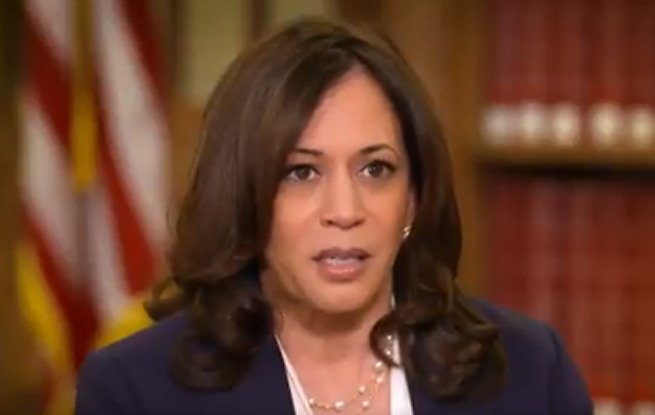 Democrats love to pretend they are the party of science. Joe Biden and other Democrats are always saying that they will listen to scientists, and everyone must follow science.

But according to Joe Biden’s running mate Kamala Harris, science suddenly doesn’t matter as long as Trump is still the president.

She recently said in an interview that she wouldn’t take Trump’s word on a vaccine for COVID-19.

In an interview excerpt broadcast by CNN on Saturday, Harris said Trump had a track record of suppressing expert opinion about the coronavirus pandemic and that she worried that might happen again in the case of a prospective vaccine.

“I would not trust Donald Trump,” Harris said, saying she would be convinced of the efficacy of a vaccine only if someone credible were vouching for it as well.

“I will not take his word for it.”

At least 6.2 million people have been infected in the U.S. coronavirus outbreak, which has taken 187,833 lives, according to a Reuters tally.

With the government’s handling of the world’s worst outbreak of the disease under close scrutiny, Trump has dangled the possibility that a vaccine might be ready ahead of the Nov. 3 U.S. presidential election.

BASH: “Let’s just say there is a vaccine that is approved and even distributed before the election. Would you get it?”

HARRIS: “I would not trust Donald Trump… I will not take his word for it.”pic.twitter.com/7NIp1F8WkB

In other words, this is all about politics.

These people are actually rooting against a vaccine before the election because they fear that it would help Trump. They aren’t even trying to hide it.

Kamala Harris is a terrible person.

Democrats are unfit to rule a dog pound, much less this country. https://t.co/0RdkOYwX5p

There are going to be Americans who refuse to get the coronavirus vaccine because Joe Biden and Kamala Harris convinced them not to. https://t.co/kRie9IZXZL

Biden and Harris don’t care about that.

They only care about winning.