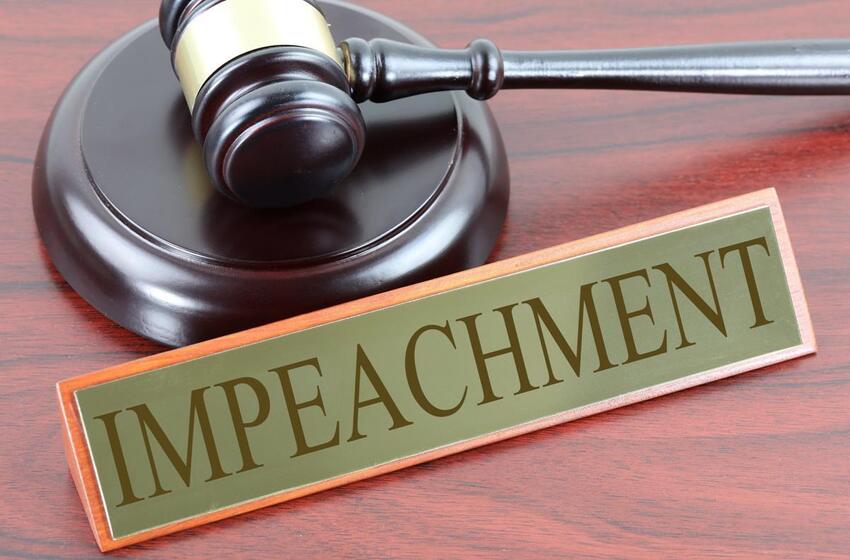 (CNSNews.com) – “I have a spring in my step because of the moral courage of our caucus,” House Speaker Nancy Pelosi (D-Calif.) told a news conference on Thursday, the day after House Democrats voted for two articles of impeachment against President Trump, neither one specifying a crime.

She praised the patriotism of the House Democrats who argued for and voted for the impeachment of President Donald Trump. The only bipartisan votes were against impeachment, but she didn’t mention that.

“The next thing for us will be when we see the process that is set forth in the Senate. Then we’ll know the number of managers that we may have to go forward and who we would choose. That’s what I said last night. That’s what I’m saying now.”

On Thursday night, Pelosi said she has not decided “how we will send over the articles of impeachment” to the Senate.

She indicated she was concerned about fairness.

“We cannot name [impeachment] managers until we see what the process is on the Senate side, and I would hope that that will be soon,” Pelosi said. “So far, we haven’t seen anything that looks fair to us, so hopefully it will be fair, and when we see what that is, we’ll send our managers.”

On Thursday, when Pelosi opened the floor to questions, it was all about impeachment, despite her insistence that Democrats are doing more than just impeachment — and that’s what she wanted to talk about.

After stuttering her way through one question, Pelosi grew testy, saying she would not answer any more questions on impeachment. She slammed both President Trump and Senate Majority Leader Mitch McConnell as “rogue” actors.

“Do you the run risk, as the Republicans have said, of looking like you’re playing games with impeachment if you hold on to these articles for too long?” a reporter asked the Speaker.

“I said what I was going to say, Nancy,” Pelosi responded.

We are – we — when we bring the bill, which is, just so you know, a bill made in order by the Rules Committee that we can call up at any time in order to send it over to the Senate and to have the provisions in there to pay for the impeachment and then the next step — (she froze and faltered) — whatever you want to call it, the trial. That is where you put the managers. I was not prepared to put the managers in that bill yet because we don’t know the arena that we are in. Frankly, I don’t care what the Republicans say.

Any other questions? I said, this is it.

In response to another reporter, Pelosi said:

We would like to see a fair process. We’ll see what they have and be ready for whatever it is. We would hope there would be a fair process, just as we hope they would honor the Constitution.

As a reporter tried to press Pelosi on McConnell, she interrupted:

Any other questions on any other — Anybody want to talk about the Mexico free trade agreement? Anybody care about that? Jobs for the American people, progress in addressing globalism and the issues? Anybody want to talk about the SALT tax that we’re passing today, and important issues that relate to the economic vitality of our communities? Any other questions?

Because I’m not going to answer any more questions on this (impeachment) — clearly you understand, when we see what their process is, we will know who and how many we want to send over. Not until then. I’m not going to go there anymore!