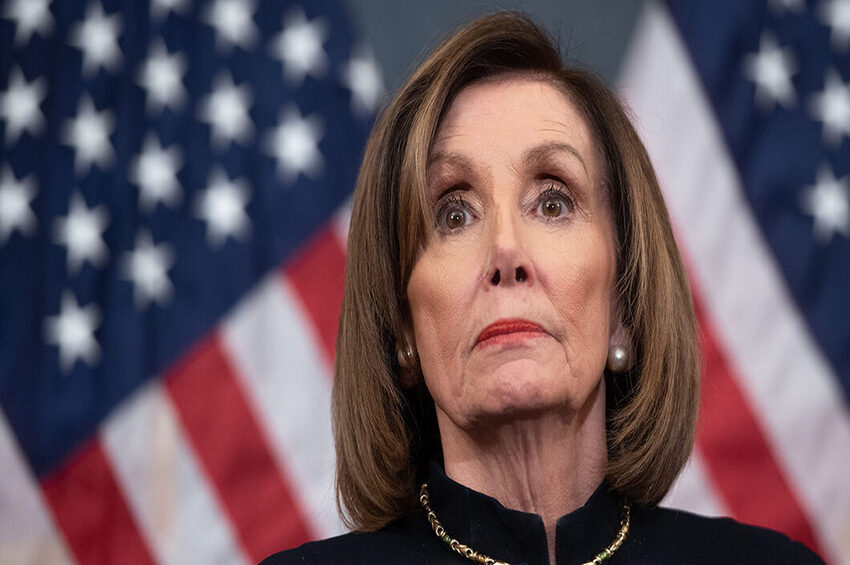 America is the midst of an imaginary impeachment standoff between House Speaker Nancy Pelosi and Senate Majority Leader Mitch McConnell. “Both have drawn firm lines in the sand. Someone’s got to give,” one reporter recently declared.

There is, of course, nothing to “give.” Pelosi has no standing to dictate the terms of a Senate trial; no constitutional right or political leverage. Why she has put herself in a position that will ultimately end, one way or another, with her surrendering to McConnell is perplexing.

A new piece in Time magazine does shed some light on the thought process behind Pelosi’s decision to refuse to hand over articles of impeachment to a Senate whose majority doesn’t want them.

One of the most interesting nuggets in the piece isn’t that Pelosi—portrayed as courageous risk-taker—had gotten the bright idea from CNN; it’s that she specifically got it from noted felon John Dean, Nixon’s former White House lawyer.

The demand for socialism is on the rise from young Americans today. But is socialism even morally sound? Find out more now >>

Now, Dean is often portrayed as a patriotic, whistleblowing impeachment expert—which is true insofar as he planned the Watergate coverup, and then informed on everyone whom he conspired with after they were caught.

His real expertise is cashing in on criminality for the past 50 years.

Because whatever you make of the case against President Donald Trump, it’s getting increasingly difficult to argue that this amateurish, constantly shifting effort by the House has been effective.

After two dramatic emergency impeachment hearings, a pretend standoff, and massive cooperative coverage from the media, poll numbers haven’t budged. They may even have ticked back toward Trump.

Yet, to hear Time tell it, Pelosi has micromanaged every step of this process, from signing off on every committee report and press release— “aides say she caught typos in the Intelligence Committee’s final report before it went out”—to picking furniture that would make Rep. Adam Schiff, D-Calif., and the more diminutive Rep. Jerry Nadler, D-N.Y., look like equals.

My working theory is this: Pelosi realized that impeachment was a mistake. She didn’t want the president to be able to tell voters that he had been exonerated by the Senate.

The only way to mitigate the damage was to undertake a ham-fisted effort to attack the Senate trial and dampen, or perhaps circumvent, that inevitable moment.

In the process, however, Pelosi destroyed the Democrats’ justification for rushing impeachment in the first place. Nadler and Schiff both argued that Trump’s tenure in office constituted a national emergency, and that the only way to save the republic from another stolen election was to move quickly.

McConnell, on the other hand, had to take only a short break from confirming judges to inform the House that the Senate would treat the impeachment of Donald Trump the same way it treated the impeachment of Bill Clinton—with a rules package that passed 100-0 in 1998.

Under the Clinton precedent, the Senate would allow both the House impeachment managers and Trump’s lawyers to make their case, with questions from the Senate to follow.

Pelosi’s defenders are running out of arguments. Washington Post blogger Jennifer Rubin now says that acting on the Clinton precedent means that moderate Republican senators such as Susan Collins of Maine “will face the real possibility that conclusive evidence of Trump’s wrongdoing will come to light after a sham trial. That would make for a disastrous, humiliating legacy.”

The gaping hole in this argument, and the reason Democrats are losing the debate, is that they’ve already claimed to have conclusive evidence of Trump’s wrongdoing. They claimed they had proof of bribery, but they didn’t include it in the impeachment articles. They claimed to have proof in the Mueller report that Trump obstructed justice, yet it’s not in the articles of impeachments either.

Rubin herself has alleged, dozens of times, that we already have definitive proof Trump has committed an impeachable offense.

In truth, if the House had made a persuasive case, there would be public pressure on Republicans to act in a different manner. That the House did not is the only reason Pelosi embraced Dean’s silly idea—which has drastically backfired.