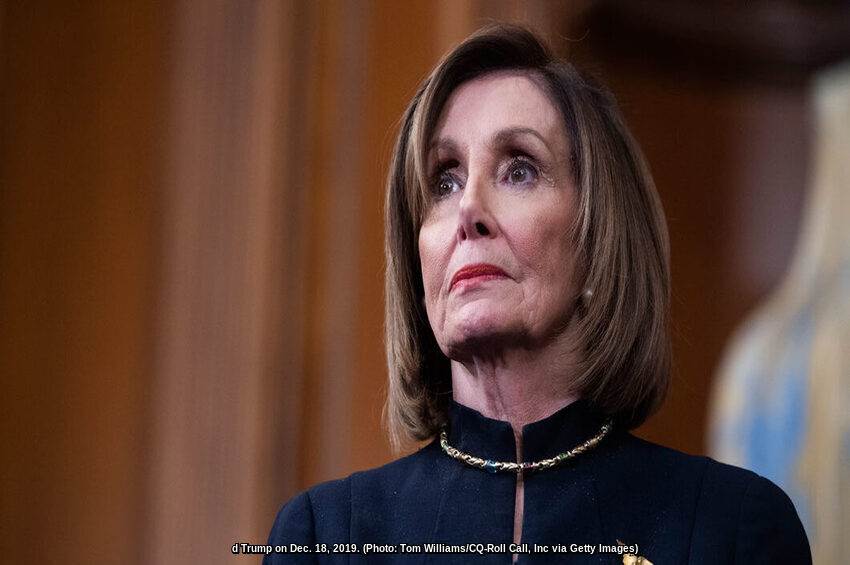 One of the Constitution’s clearest provisions is also one of its least-used: the process for removing the president for serious misconduct. Some politicians and lawyers, however, are trying to complicate this straightforward constitutional process, inventing things that simply aren’t there.

If this sounds a little familiar, it’s not really different from the indictment and trial you might have watched on any episode of “Law & Order.” House Speaker Nancy Pelosi , D-Calif., however, appears to be making up a process of her own. She says she won’t appoint impeachment managers or send the articles to the Senate until the Senate agrees to conduct its trial the way she dictates.

Next year, absolutely everything is on the line. Defend your principles before it is too late. Find out more now >>

In other words, Pelosi is holding the impeachment for ransom, keeping the county in impeachment limbo.

The House has impeached, but the Senate cannot conduct a trial unless it agrees to Pelosi’s demands or is able to change its impeachment trial rules (which requires a two-thirds vote) so it can at least start a trial on its own.

In response, Harvard law professor Noah Feldman, who argued strongly for impeachment as one of House Democrats’ hearing witnesses, wrote an article objecting to Pelosi’s gambit. President Donald Trump, Feldman insists, is not actually impeached until the House sends formal notice to the  Senate.

Feldman is wrong. He claims that, in the past, “‘impeachment’ occurred—and occurs—when the articles of impeachment are presented to the Senate for trial.” But asserting this is all he does. He offers nothing to suggest that America’s Founders designed impeachment this way. His claim actually contradicts the language of the Constitution. While the House has the “sole” power of impeachment, Feldman says that impeachment cannot occur without the Senate.

The House itself agrees. Its website includes a list of “individuals impeached by the House of Representatives.” The first name on the list is Sen. William Blount of Tennessee. The Senate literally refused to recognize the impeachment as valid, choosing instead to expel him. The House still says he was impeached.

The list also includes U.S. District Judge Mark Delahay, who is listed as being impeached even though the House appointed no impeachment managers and the Senate conducted no trial at all.

Feldman’s claim is like saying that, though a grand jury has voted to indict, a criminal defendant is not really indicted until that action is presented to the trial jury.

To his credit, Feldman is correct that an indefinite delay in appointing managers and sending notice that they are ready to participate in the impeachment trial “would pose a serious problem.”

The House impeachment process, and the impeachment itself, were purely partisan. Now that the impeachment is finished, however, trying to manipulate how the Senate conducts its trial would only taint this whole drama even more and further distort the Constitution’s impeachment framework.

Since Feldman is such a strong Trump critic, he likely came up with this novel theory to push the process ahead toward, he hopes, Senate conviction and Trump’s removal from office. His ends, however, do not justify his means.

The House has done its part by impeaching Trump. The House must appoint managers and notify the Senate not because doing so is necessary to complete the impeachment, but because it’s the House’s clear obligation under the Constitution.

A Note for our Readers:

As progressives on the far Left continue to push for greater government control under the disguise of “free stuff,” our lawmakers need conservative research and solutions to guide them towards promoting your principles instead.

That is why we’re asking conservatives to unite around the key values of limited government, individual liberty, traditional American values, and a strong national defense by making a special year-end gift to The Heritage Foundation before December 31.

Next year, absolutely everything is on the line. The Left won’t pull any punches. They stand ready to trade the principles of the American founding for the toxic European socialism that has failed so many times before.

That is why finishing this year strong is so critical. The Heritage Foundation is challenging you to rise up and claim more victories for conservative values as we battle socialism in 2020.

Will you make a special year-end gift to Heritage and lock arms with your fellow conservatives before Dec. 31?