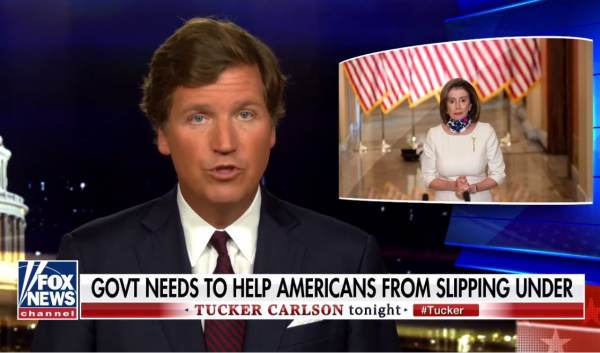 While the rest of America was locked down Nancy Pelosi was getting eating gourmet ice cream and scheming against the American public.

Pelosi put together her latest “liberal wish list” that was written by liberal lobbyists behind closed doors.

The legislation reshapes US elections, bail out broke liberal state pensions, and give amnesty to millions and millions of illegals in the country.

House Minority Leader Kevin McCarthy slammed the Democrats’ new coronavirus relief as a “liberal wish list” that has “no chance of becoming law.”

“Tens of thousands of Americans have lost their lives due to COVID-19, and more than a million have gotten sick. A record number of Americans are out of work,” McCarthy said in a statement on Tuesday. “Yet while Americans are searching for answers, House Democrats are releasing a liberal wish list that has no chance of becoming law.”

McCarthy said the demands of the bill “were drafted behind closed doors, predate the crisis, and are not targeted to coronavirus.” The bill seeks to change election laws, bail out “mismanaged” pensions and temporarily suspend the cap on SALT tax deductions for the very wealthy, according to McCarthy.

Still, House Majority Leader Steny Hoyer, D-Md., alerted House members who have been away on recess to return to Washington Friday. The House is scheduled to vote on the massive coronavirus legislation and a proposal to allow lawmakers to work remotely.