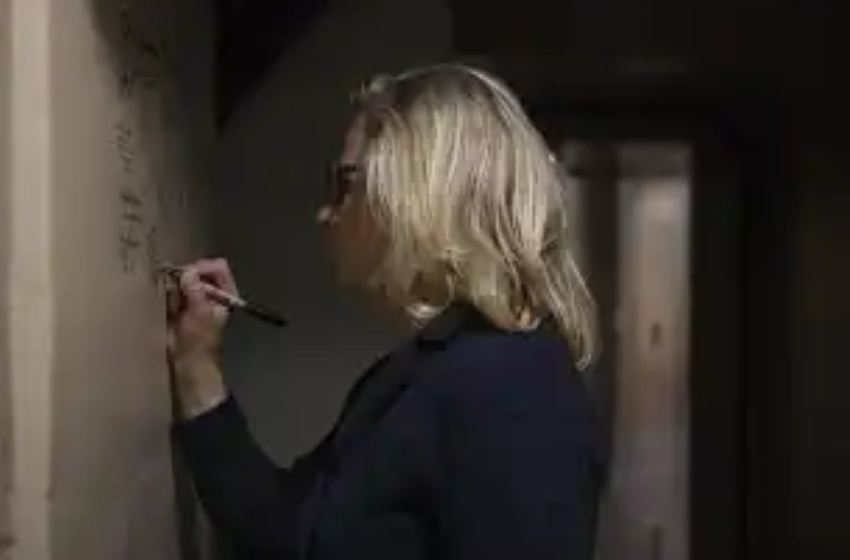 VOTE THIS POS OUT!!

In an article for The New York Times, Liz Cheney said she had no interest in changing parties: “I’m a Republican.” But when asked if the G.O.P. she was raised in was even salvageable in the short term, she said: “It may not be” and called her party “very sick.”

The party, she said, “is continuing to drive itself in a ditch, and I think it’s going to take several cycles if it can be healed.”

It’s unclear what type of reform she has in mind. But what is clear is she is fighting for the life of the neo-con RINOistic Republican.

Ms. Cheney suggested she was animated as much by Trumpism as Mr. Trump himself. She said she could support a Republican for president in 2024, but her redline is a refusal to state clearly that Mr. Trump lost a legitimate election in 2020.

When asked about the governor of Florida, whom many Republicans see as a Trump alternative candidate, she said she “would find it very difficult” to support Mr. DeSantis in a general election.

“I think that Ron DeSantis has lined himself up almost entirely with Donald Trump, and I think that’s very dangerous,” Ms. Cheney said.

Cheney thinks she can win the Primary with Democrats and without conservatives and then run for President. That is the mistake Jeb Bush made. She is in the wrong party.

“I would much rather serve with Mikie Sherrill and Chrissy Houlahan and Elissa Slotkin than Marjorie Taylor Greene and Lauren Boebert, even though on substance certainly I have big disagreements with the Democratic women I just mentioned,” Ms. Cheney said in the interview. “But they love this country, they do their homework, and they are people that are trying to do the right thing for the country.”

That is the perfect synopsis of the RINO contingent of the Republican Party. They would rather work with Democrats than conservatives who they think are beneath them.

Ms. Cheney has no stated views on how she would reform the Republican Party, but she certainly pushes war and does not support America First.

The Times states that she does not have a post-Congress political organization in waiting and has benefited from Democratic donors, whose affections may be fleeting.

“What the country needs are serious people who are willing to engage in debates about policy,” Ms. Cheney said.

Cheney used to appear on Fox News’s ‘Hannity’ and sounded very conservative neo-con at that time. That show and conservatism no longer work for her.

According to the Times, Ms. Cheney long ago stopped attending meetings of House Republicans. When at the Capitol. She spends much of her time with the Democrats on the Jan. 6 panel and often heads to the Lindy Boggs Room, the reception room for female lawmakers, rather than the House floor with the male-dominated House G.O.P. conference.  Some members of the Jan. 6 panel have been struck by how often her Zoom background is her suburban Virginia home.

Still, to her skeptics at home, Ms. Cheney’s attacks on Mr. Trump have resurrected dormant questions about her ties to the state and raised fears that she has gone Washington and taken up with the opposition, dismissing the political views of the voters who gave her and her father their starts in electoral politics, the Times reports.

That’s true. She has gone swamp. That is who she is. She lived there, went to school there, and Wyoming, where the Cheneys are respected, was an easy place for her to win a seat in Congress. Before that success, she tried to unseat Mike Enzi during the primary for his Senate seat. He was her alleged friend. She claimed he was a RINO.

Cheney also pushed the recent gun control bill. This is the new Liz. The woman who will reform the Republican Party if given a chance.

The Times reported, “Her vote on the gun bill hardly got any publicity whatsoever,” Mike Sullivan, a former Democratic governor of Wyoming who intends to vote for Ms. Cheney in the primary, said, puzzled. (Ms. Cheney is pushing independents and Democrats to re-register as Republicans, as least long enough to vote for her in the primary.)

She’s counting on Democrats and out-of-state money to win the primary in Wyoming. The Times says she has $13 million. She won’t be much of a Republican if she wins, and she will be another Biden, opposing everything good that Trump stood for in the America First agenda.

That’s the reform she appears to have in mind.