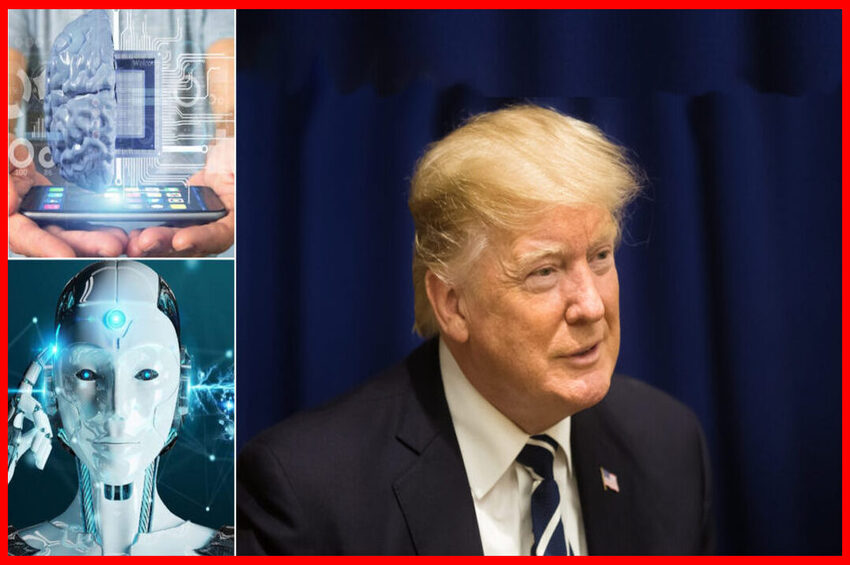 Cyrus A. Parsa, The AI Organization, courtesy of Dreamstime

The following findings by Cyrus. A. Parsa, The AI Organization, were discovered by using Cutting Edge Bio-Metric tools, and validated with patents and the obvious common sense, cause and affect. Video Version Below

There are 3 rudemantary levels of attack on President Trump by the use of A.I. Coding, and A.I Algorithmic manipulation of peoples thoughts, view points, emotions and brain chemistry that spanned the entire media, google and various other platforms connecting people with smart phones and IoT and the various apps generated by Artificial Intelligence. This does not exclude Chinese operatives, intelligence agencies and other big tech entities that purposely designed AI systems and created teams to shift and engineer peoples perceptions against the Trump Presidency and the nation.

Video Below to The AI Organization Channel Expanded Version Part 1

One: Disproportionate Bias within the Internets Eco System Weaponized by Artificial Intelligence

First method was the influx of disporportianate bias from articles, feeds, videos existing on Google, You Tube, twitter, Facebook, the media and the various other social media platforms that shifted peoples thoughts on a narrow level through influence and neural network rewiring of peoples brains, thus effecting their emotions. The front end technology on google, facebook, twitter, and the like, were comprised of Artificial Narrow Intelligence. The back end was more sophisticated. The interrelationship between google, can shift votes, or sell you an idea through its platform, moreover, it can actually alter a person’s brain chemistry and neural network connections as you engage with your smart phones A.I. Systems. Yet, the main A.I system regulates the disproportionate bias within the platforms eco system prior to the content and digital transmission reaching smart phones, IoT’, computers, and various other electronic devices.

The 2nd prevalent factor I discovered was AI Coding and Algorithms that swayed favor to weaponize bias against President Donald J. Trump, on search engines, and various other social media platforms that were supported directly or indirectly from Alphabet, Google and its interconnected subsidiaries. The foundation of level 2 A.I. Attack on Trump was rooted in deliberate A.I. Coding and Algorithms manufactured with bias or intent to harm the Trump Administration, undermine elections, and attack the free worlds democratic process.

Level three consists of programming a person’s biology, brain chemistry, neural networks, nervous system, emotions, and the various other intrinsic bio-metric qualities that make up a human being. I have coined this programming Bio-Digital Social Programing. Bio stands for your biology, blood, cells, and organs. Digital stands for your neural networks, nervous system, digital self or a soul for those who believe in a soul. Social stands for your emotions, social network, and social media. Programming, is programming, all coming together as bio-digital social programming. The first Level generated Bias, the Second Level enforced or weaponized bias, the third level programmed people via products and services that have actual patents designed to connect to people’s nervous system, brain neural networks, and electrical field. I coined the term Bio-Digital Field to describe this process that interconnects humans, with machines, IoT’s, Smart Phones, the internet, and the entire eco system. When the 5G system and subsequent 6G comes into existence, human thoughts, free will, and actions will not belong to them, rather to the A.I. System’s programming infrastructure, eco system, and corporate mandates. All freedoms can be lost, humanity and all people’s enslaved. If President Trump faced an unprecedented onslaught of digital attacks that almost took out his presidency, imagine the 5G network and beyond.

AI Attack on Trump Published on both Books

The Attack on President Trump by the use of A.I. was first disclosed in the book AI, Trump, China & the Weaponization of Robotics with 5G on August 24th, 2019, and expounded on with the book Artificial Intelligence Dangers to Humanity, which is more easier to absorb, with 50 companies explained. First book is embedded into Artificial Intelligence Dangers to Humanity.

Our findings are copyrighted, belong to Cyrus A. Parsa, The AI Organization, and come from hard work. Many media outlets, intelligence agencies, institutes, think tanks, and people have copied or plagarized our work, related to China, Western Tech Companies, AI, Robotics, 5G and Cybernetics, and used other references without citing the Author. This theft is unacceptable in America or the civilized world. The Universe somehow corrects everything, legal or not, what others may term, what comes around goes around.