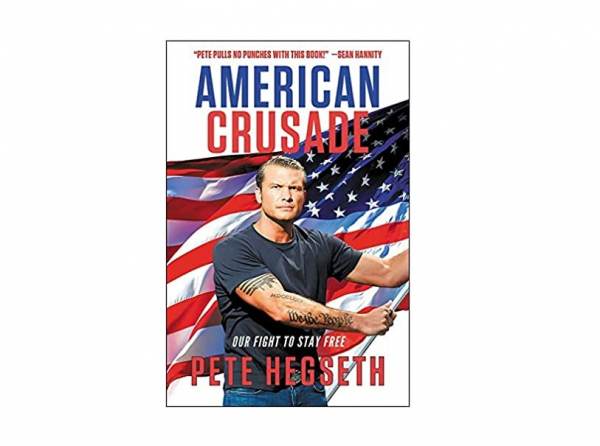 Pete Hegseth’s American Crusade: Our Fight to Stay Free topped the charts its first week out as the #1 Best Seller in Political Conservatism and Liberalism on Amazon.com.

In Pete’s latest book he aims to teach his fellow countrymen on how to protect this great nation from the deceitful and destructive leftist agenda.

FOX News reported on the book launch: Hegseth said he goes on in the book to describe what he calls the “Trump spine,” arguing that Trump has demonstrated that Americans don’t need to back down in the face of criticism of their beliefs.

“I bet you’ve had a similar experience — like backing down from people was easy to do, especially in the digital era,” he said.

As far as his loyalty to President Trump, Pete tells readers, “When you start to see someone who actually fights, it’s motivating.”

Pete Hegseth is a regular and a favorite on FOX News and FOX Nation. Pete is currently a co-host of FOX and Friends Weekend.

This is a fitting video for Memorial Day Weekend–

In 2016 Pete Hegseth told the FOX News audience about growing up in Minnesota and always going to the Memorial Day Parade and how military servicemen and women inspired his own patriotism.