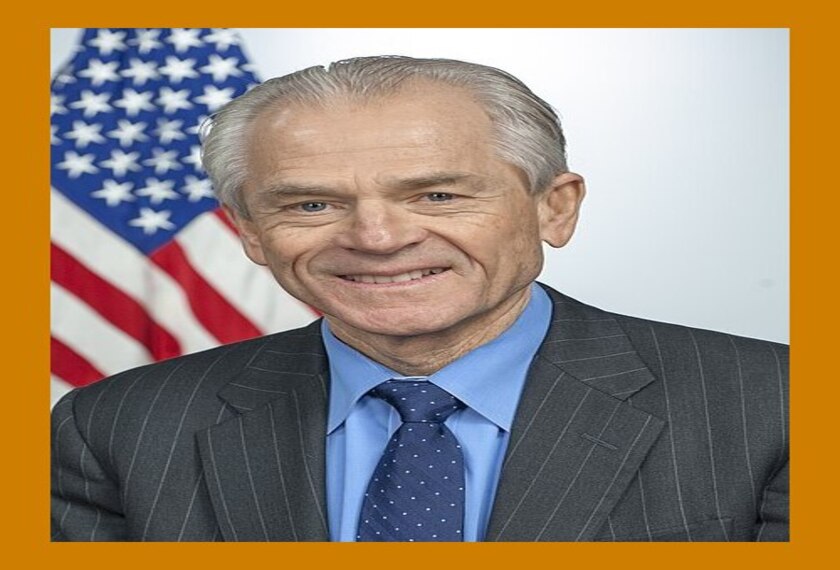 Director of the Office of Trade and Manufacturing Policy Peter Navarro

Director of the Office of Trade and Manufacturing Policy Peter Navarro published a lengthy report Thursday outlining several examples of voting irregularities that are “more than sufficient” to swing the outcome of the election in President Trump’s favor.

The 36-page report “assesses the fairness and integrity of the 2020 Presidential Election by examining six dimensions of alleged election irregularities across six key battleground states” and concludes that “patterns of election irregularities … are so consistent across the six battleground states that they suggest a coordinated strategy to, if not steal the election, strategically game the election process in such a way as to … unfairly tilt the playing field in favor of the Biden-Harris ticket.”

All six of those voting issues were present in at least two key states, according to the report, and a total of six battleground states experienced multiple examples of the other dimensions.

Recommended For You
‘It looks like a war zone:’ Minneapolis developers shy away from city projects after unrest and calls to ‘defund the police’
After first manned test ride, Virgin Hyperloop co-founder says pod transport is not a pipe dream
Ron Johnson and Gary Peters spar in Senate hearing: ‘You lied repeatedly in the press’

“Evidence used to conduct this assessment includes more than 50 lawsuits and judicial rulings, thousands of affidavits and declarations,1 testimony in a variety of state venues, published analyses by think tanks and legal centers, videos and photos, public comments, and extensive press coverage,” the report claims.

Additionally, the report cites affidavits alleging the exploitation of the elderly and the infirm by “effectively hijacking their identities and votes” and accuses Democrats of using the coronavirus pandemic to relax voter ID requirements to the point that ballot harvesting and fraud could slip by unnoticed.

The report outlined incidents in the key states of Wisconsin and Pennsylvania, where ballots allegedly were illegally harvested and dumped into drop boxes.

The election was marred with examples of dead people voting, according to the report.

“In Pennsylvania, for example, a statistical analysis conducted by the Trump Campaign matching voter rolls to public obituaries found what appears to be over 8,000 confirmed dead voters successfully casting mail-in ballots,” the report claims. “In Georgia — underscoring the critical role any given category of election irregularities might play in determining the outcome — the estimated number of alleged deceased individuals casting votes almost exactly equals the Biden victory margin.

The report concludes: “The ballots in question because of the identified election irregularities are more than sufficient to swing the outcome in favor of President Trump should even a relatively small portion of these ballots be ruled illegal.”

Navarro is scheduled to hold a news conference at 1 p.m. Eastern Time on Thursday to discuss the report.

President Trump has launched legal battles across the country since the November election, which has been called for President-elect Joe Biden by all major news networks and certified by the Electoral College, and as recently as this week stated that it’s “too soon to give up.”

Dozens of legal challenges across the country, however, have been lost, and the Supreme Court has declined to hear cases from both Texas and Pennsylvania challenging the election, which Trump’s supporters have decried as a politically motivated ducking.

Several Republicans, including Senate Majority Leader Mitch McConnell, have broken with the president and conceded that Biden is the winner of the election. McConnell congratulated Biden on Wednesday and said that “the Electoral College has spoken.”