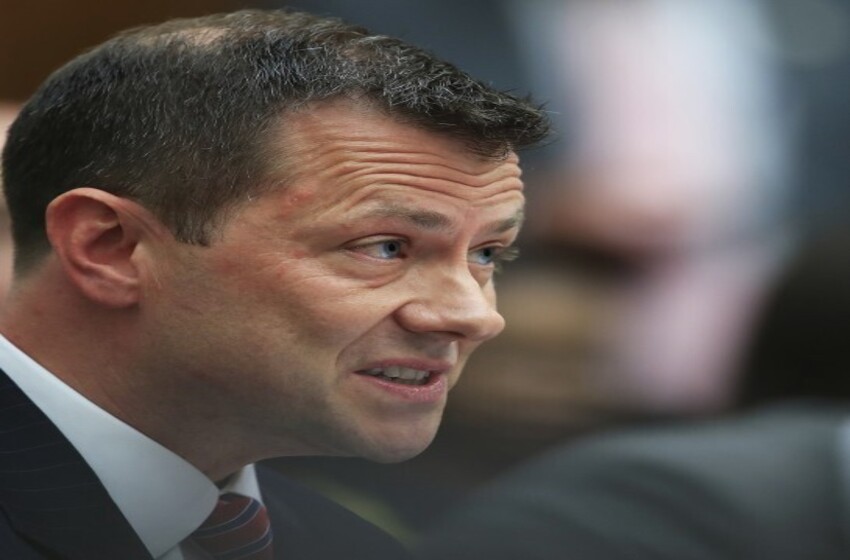 Fired FBI special agent Peter Strzok’s latest claims about the events leading to the bureau’s opening of the Trump-Russia investigation are contradicted by the timelines presented in reports by special counsel Robert Mueller and DOJ Inspector General Michael Horowitz.

In a new interview ahead of the release of his book, Strzok claimed that Australian diplomat Alexander Downer was spurred to inform the U.S. government about a May 2016 conversation he had in a London wine bar with George Papadopoulos, in which the Trump campaign associate mentioned that Russia might have dirt on former Secretary of State Hillary Clinton, after hearing Donald Trump’s controversial July 2016 comment: “Russia, if you’re listening, I hope you’re able to find the 30,000 emails that are missing.” But Mueller and Horowitz concluded that Australia informed the United States of this conversation on July 26, 2016, which is one day before Trump’s press conference comments about Russia.

“Papadopoulos told them that somebody on the Trump campaign had received an offer that said the Russians had material that would be damaging to Hillary Clinton and to Obama, and they offered to coordinate the release of that information in a way that would help the Trump campaign,” Strzok told CBS’s Sunday Morning.

“The Australians didn’t make much of it until Trump made this appeal about Hillary Clinton’s emails,” CBS News national security correspondent David Martin said, adding, “Those Australian diplomats heard that and contacted the FBI.” 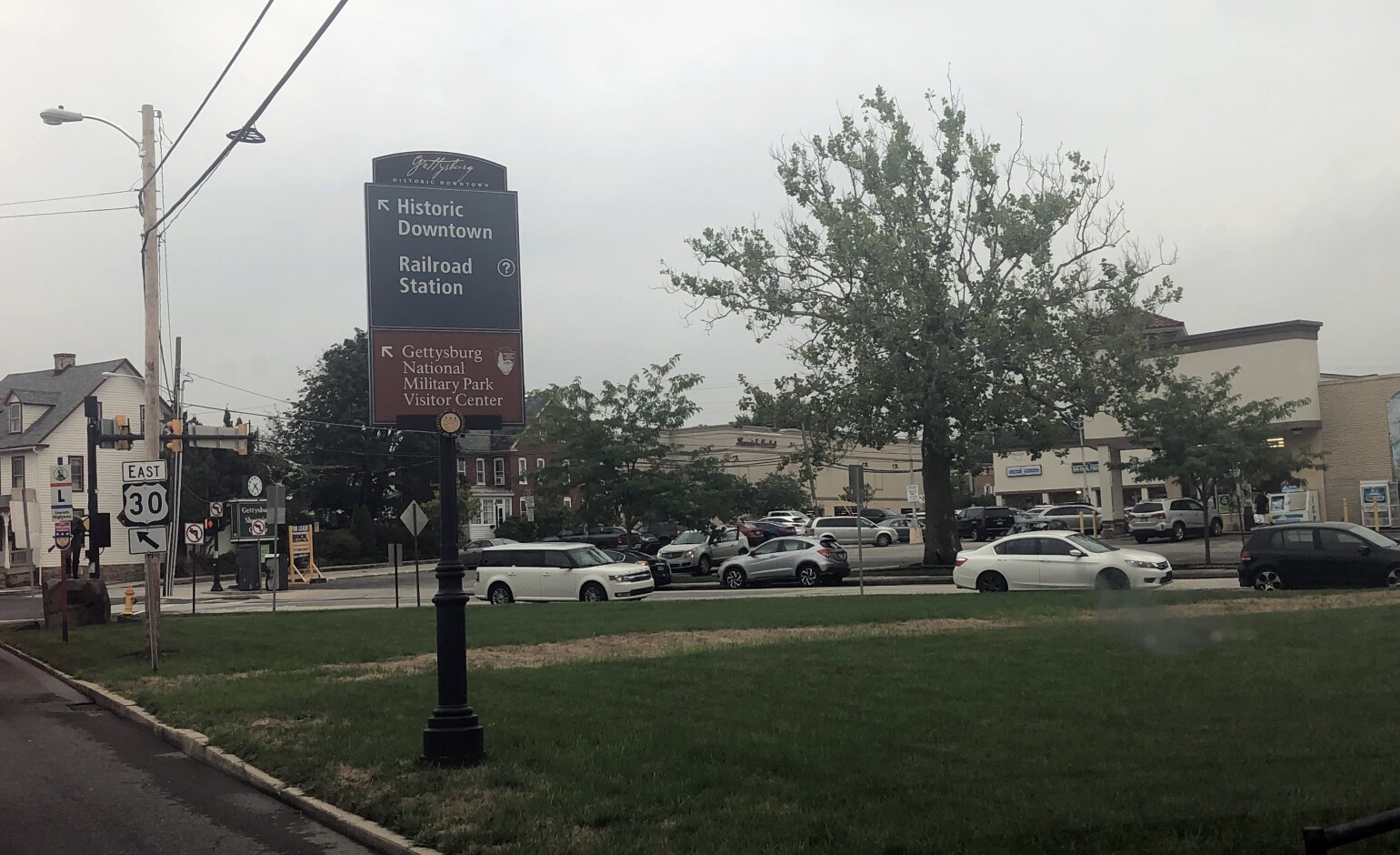 What Joe Biden didn’t let himself see in Pennsylvania

“When they saw that statement by Trump, that triggered the memory of the conversation they had with Papadopoulos,” Strzok said.

”So, Donald Trump, with his own words, brought this investigation down on himself?” Martin asked.

“According to what the foreign government told us, yes,” Strzok replied.

But Strzok’s claims are contradicted by the two men who led deep-dive investigations into the Trump-Russia inquiry, which stated that the Australian informed the U.S. of his concerns a day before Trump made his comments.

“The foreign government conveyed this information to the U.S. government on July 26, 2016, a few days after WikiLeaks’s release of Clinton-related emails,” Mueller’s April 2019 report stated. “The FBI opened its investigation of potential coordination between Russia and the Trump Campaign a few days later based on the information.”

“On July 26, 2016, four days after Wikileaks publicly released hacked emails from the DNC, the [Friendly Foreign Government] official spoke with a U.S. government official in the European city about an ‘urgent matter’ … The FFG official informed the USG official of the meeting with Papadopoulos,” Horowitz wrote in December 2019, adding that the U.S. government official said Downer claimed that Papadopoulos “suggested the Trump team had received some kind of suggestion from Russia that it could assist this process with the anonymous release of information during the campaign that would be damaging to Mrs. Clinton.” Horowitz added that “on July 27, 2016, the USG official called the FBI’s Legal Attache and [redacted] in the European city to her office and provided them with the FFG information.”

It was a day later, during a Florida press conference on July 27, 2016, that Trump delivered the message to Russia.

“I have nothing to do with Putin. … But it would be interesting to see. I will tell you this: Russia, if you’re listening, I hope you’re able to find the 30,000 emails that are missing. I think you will probably be rewarded mightily by our press,” he said.

Trump suggested to the Conservative Political Action Conference in March 2019 that his comments were a “joke” and “sarcastic.” Trump told Mueller’s investigators that he “made the statement … in jest and sarcastically, as was apparent to any objective observer.”

Strzok played an integral role in opening the FBI’s counterintelligence investigation into the Trump campaign.

The “opening electronic communication” for Crossfire Hurricane was authored by Strzok and authorized by FBI counterintelligence official Bill Priestap at the end of July 2016. The investigation looked into ties between the Trump campaign and Russia after Downer informed the U.S. about the claims from Papadopoulos about his April 2016 conversations with mysterious Maltese professor Joseph Mifsud, whom the Trump campaign adviser later claimed told him the Russians had damaging information on Clinton. Papadopoulos pleaded guilty in 2017 to making false statements about his communications with Mifsud.

Attorney General William Barr and U.S. Attorney John Durham are conducting an inquiry into the Russia investigation’s origins. “Based on the evidence collected to date, and while our investigation is ongoing, last month we advised the inspector general that we do not agree with some of the report’s conclusions as to predication and how the FBI case was opened,” Durham said in December.

Barr agreed, saying, “The FBI launched an intrusive investigation of a U.S. presidential campaign on the thinnest of suspicions that, in my view, were insufficient to justify the steps taken.”

Roughly two years after taking over as special counsel, Mueller concluded that Russia interfered in 2016 in a “sweeping and systematic fashion” but “did not establish” any criminal conspiracy between Russia and Trump’s campaign.

Several months later, sharing a critique of the FBI’s inquiry that started it all, Horowitz criticized the DOJ and the bureau for at least 17 “significant errors and omissions” related to the Foreign Intelligence Surveillance Act warrants against Page and for the bureau’s reliance on British ex-spy Christopher Steele’s Democrat-funded dossier.