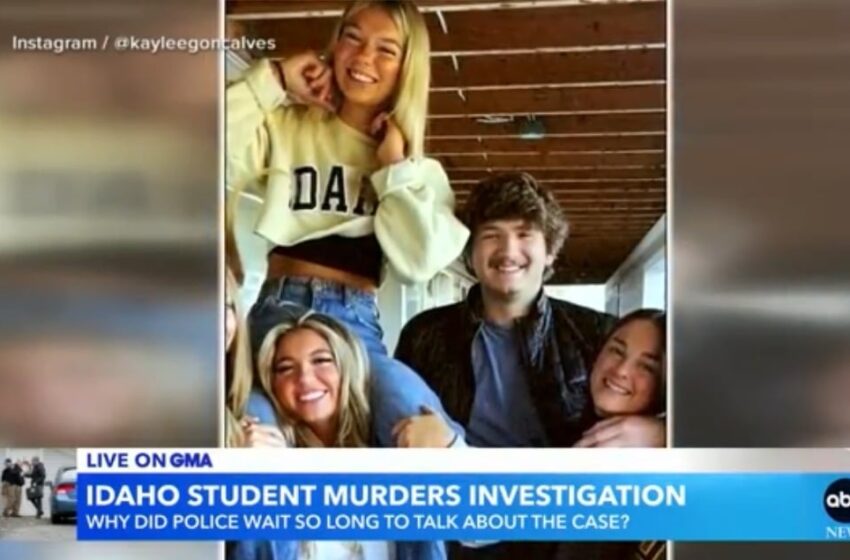 Moscow, Idaho – Police on Friday provided new updates five days after four University of Idaho students were stabbed to death in a home near campus.

The killer who stabbed four University of Idaho students is still at large and police still do not have a weapon.

According to a new update from police on Friday, detectives do not believe the mystery man seen in a Twitch video near a food truck next to two of the slain students was involved in the murders.

The two other female roommates who were home during the murders are cooperating with law enforcement and were not involved in the murders.

There was no forced entry and the sister of one of the slain students said a lot of people knew the keypad code to the front door.

The autopsies, which were completed on Thursday, revealed each victim was stabbed multiple times and there were no signs of sexual assault.

All four victims were likely asleep at the time of the attack, KREM reported.

There were defense wounds on at least one of the victim’s bodies.

According to CNN, the victims were found on the second and third floors of the home.

Investigators have determined that Kaylee Goncalves and Madison Mogen were at a bar called The Corner Club at 202 N. Main Street, in downtown Moscow, between 10 p.m. and 1:30 a.m. At approximately 1:40 a.m., Kaylee and Madison were seen on video streamed on Twitch at a food truck called the “Grub Truck” at 318 S. Main Street and used Uber from downtown to arrive at their 1122 King Road residence at 1:45 a.m.

Investigators also learned that Ethan Chapin and Xana Kernodle were seen at a fraternity house on the University of Idaho Campus. By 1:45 a.m., Ethan and Xana are believed to have returned to the residence on King Road.

On Friday, Nov. 18, the Moscow Police Department released new details in the case.

The four victims were likely asleep at the time of the attacks.

There were some defensive wounds found on parts of the victim’s bodies.

Each victim was stabbed multiple times.

There were no signs of sexual assault.