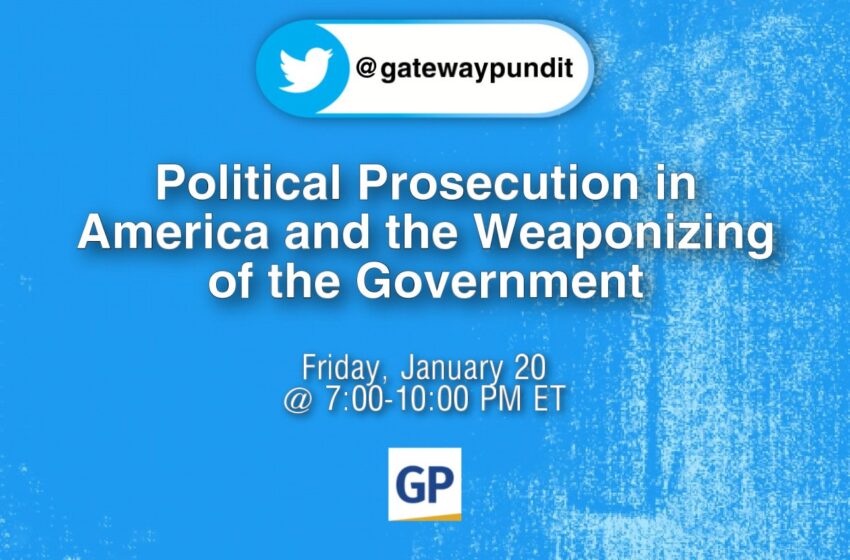 JOIN THE GATEWAY PUNDIT this Friday night for a Twitter Space on Political Prosecution in America and the Weaponization of the Government.

Since the time Donald Trump announced his run for president the corrupt DC machine worked to ruin him and take him down.

From the Russia Hoax, to the disgusting prosecution of the J6 political prisoners to the raid of Mar-a-Lago to anyone who dares to push back against liberal talking points the government has been working against the people of this great nation.

The behavior has been so egregious that on Tuesday, House Republicans voted to create a new Select Committee on the Weaponization of the Federal Government. The resolution passed in a 221-211 vote.

On Friday night we will be joined by guests who have been subject to persecution by a weaponized government.

Please check back as additional speakers are added.