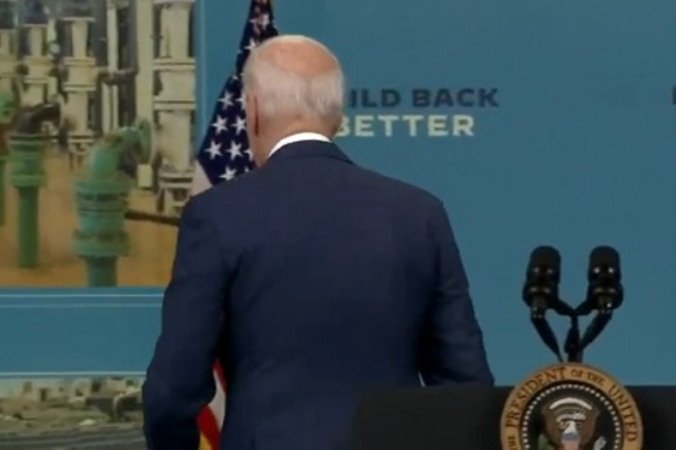 When it comes to polling, Joe Biden is now moving into dangerous territory for a president.

A new poll from Rasmussen found that more than half of American voters see Biden as one of the worst presidents ever.

It’s amazing that Biden has been able to sink this low in just a year.

Poll: Worst President Ever? More Than Half Of Voters Say Yes

A new survey by Rasmussen Reports and The National Pulse found that 54% of likely voters think Biden will be remembered as one of the worst presidents in American history.

The poll of 1,000 likely voters conducted January 30-31 found only 15% believe Biden will rank in history as one of America’s best presidents. Another 25% think his presidency will be remembered as about average.

Among likely Republican voters in the survey, Biden ranked as the worst president in history among nearly three-fourths (74%) of respondents. The percentage ranked 22% over Obama (at 52%) and 58% above Trump (at 16%).

Even among Democrats, slightly more ranked Biden the worst at 28% over the best, at 27%.

Democrats should be deeply concerned about this.

One of the Worst presidents in history?
VOTERS say yes for:

One of the WORST presidents in history?
REPUBLICANS say yes for:

The really bad news for Democrats here is that Biden is not going to improve with age.

If he decides he wants to run again in four years, they will have an even bigger problem on their hands.