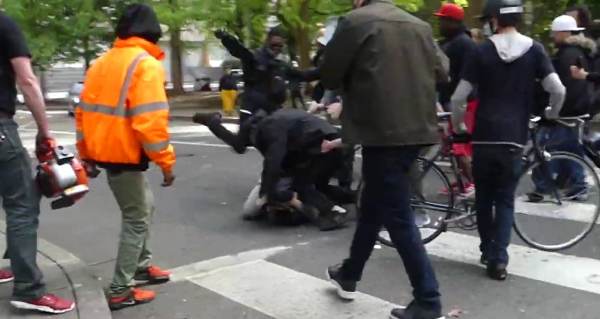 What happens when a bi-racial police accountability activist attends a Black Lives Matter rally in Portland?

Well, the brave sentinels of racial equity pounce on him, tackling him to the ground, beat him to a pulp, and steal his camera gear.

Why? Because they accuse him of being a Proud Boy because the Proud Boys don’t beat him up when he films their events. 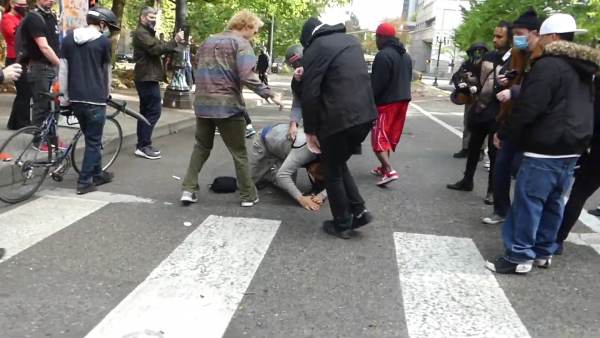 The victim, identified as Eli Richey, goes by the moniker Son Of Hightower, and has filmed police encounters and protests for years, holding police accountable for their actions; THE VERY THING THAT THE PROTESTERS ARE FIGHTING FOR.

You can see one of the thugs leveling a paintball gun: 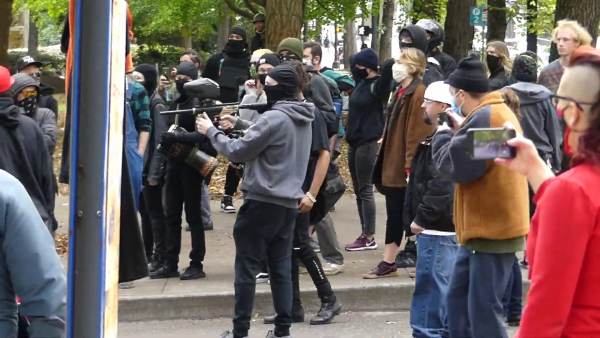 The incident, caught on video by street videographer Brandon Farley, starts off with a masked terrorist approaching Richey, calling him out, saying “This guy’s a Proud Boy!” Richey responds by saying “Black lives matter, until you’re allegedly a Proud Boy, right?” Others start to mob him, and the fight is underway. Several terrorists are seen punching and kicking Richey, as he hunches down on the ground. 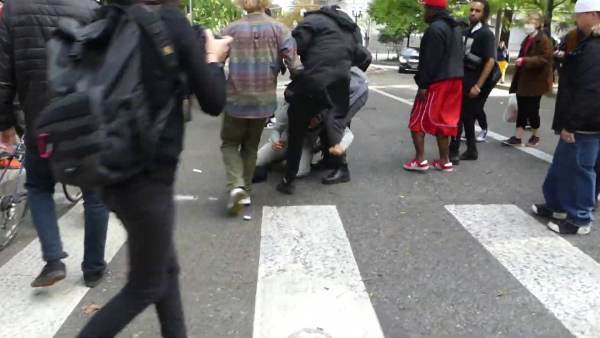