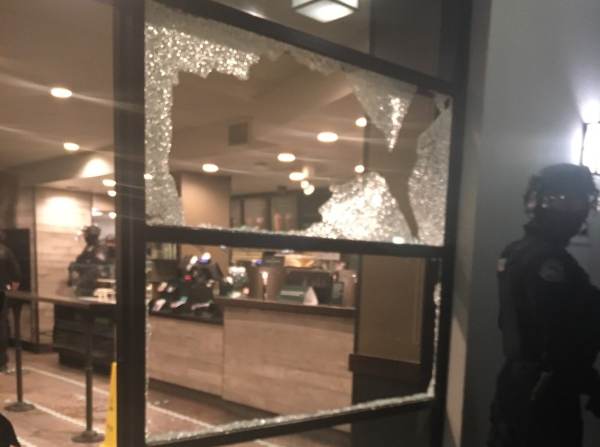 The *PEACEFUL* protesters of Portland couldn’t resist another night of reckoning in their own city. This time they targeted the college that many of them went to: Portland State University. The antifa and BLM terrorists smashed up a Starbucks and attempted to douse the place in kerosene, with 300 apartments above the establishment.

…Individuals smashed windows and poured flammable liquid inside the business. Officers interrupted a potential arson. This gathering is still declared an unlawful assembly due to criminal activity occurring. Disperse to the south and west. pic.twitter.com/NSsjOETtbZ

This was after they took their anger out on one of the many symbols of oppression and systemic racism, Portland State University, which has been run by crazed leftists for years and basically serves as an indoctrination center. The terrorists smashed out the windows of Cramer Hall and targeted the campus public safety office.

Protesters are smashing windows at the PSU campus pic.twitter.com/hi3IArp4et