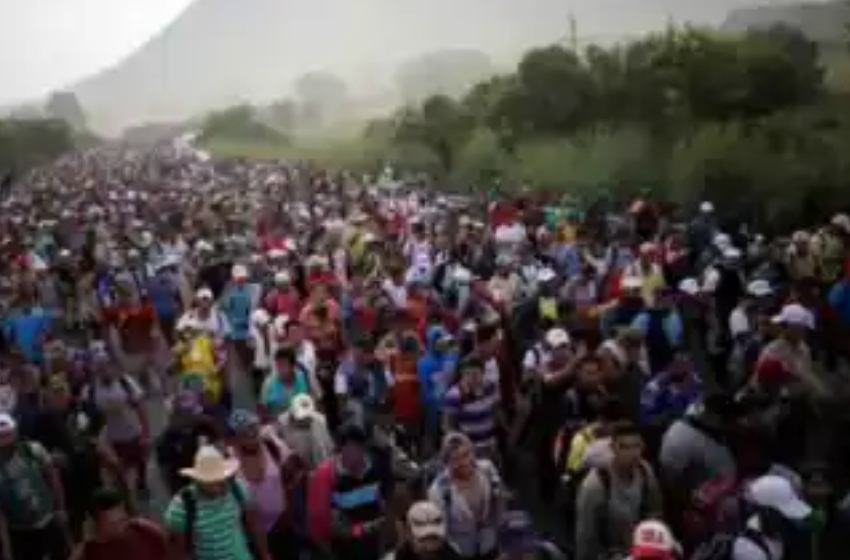 The number of potential terrorist illegal aliens coming into the USA increased by nearly 600% to 25,627 in the fiscal year 2022, according to internal Customs and Border Protection (CBP) data obtained by the Daily Caller News Foundation.

The Department of Homeland Security can’t be bothered vetting them because they’re busy looking for domestic terrorist parents. They are all too busy changing us into a statist nation domestically.

Of the total potential terrorists, 60% of the illegal migrants were from Turkey, a country where Islamic State and other foreign terrorist organizations are known to operate, according to the State Department.

“Anybody that doesn’t think that serious threats to this country are sneaking in right now is naïve,” former Border Patrol Chief Rodney Scott told the DCNF.

FoxLA reporter Bill Melugin was in DC trying to talk with politicians about open borders. Most wouldn’t talk with him. These people don’t care about the country or Americans. They know what is going on.

We have open borders while threatening Russia and China. We have illegal aliens from all over the world coming in unvetted, including Russians and Chinese.

NEW: We’ve been in D.C. for the last week, questioning politicians on Capitol Hill face to face about the border crisis. Several refused to talk to us, including DHS Secretary @AliMayorkas, who we tracked down in person after @DHSgov never responded to our interview request. pic.twitter.com/RfwePkDlkJ

MAYORKAS IS FIRST IN LINE

Rep. Jim Jordan told The Washington Times that he’s ready to impeach Homeland Security Secretary Alejandro Mayorkas. He “deserves it” after overseeing an unprecedented surge of illegal activity at the southern border.

Mr. Jordan is in line to become chairman of the House Judiciary Committee with jurisdiction over impeachment if Republicans win control of the House.

“Mayorkas deserves it,” Mr. Jordan said. “He’s told us how many times the border is secure, and you almost want to say, like, ‘What are you talking about?’ There’s not a rational person with an ounce of common sense who thinks the border is secure. We don’t really have a border anymore, and we’ve had a record number of millions of illegal migrants coming across, so he certainly deserves it, but that’ll be a decision we make as a committee and one that we make as a conference.”

Mayorkas is target number one.

10,000 foreigners roaming in US illegally are from terror-sponsoring nationsApril 30, 2019In “Home of News, Politics & Opinion”

Only some Haitians will be deported & 224 miles are wide open for any criminal or terroristSeptember 19, 2021In “Home of News, Politics & Opinion”