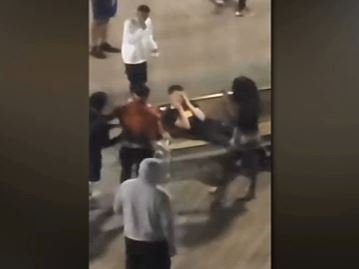 Police are investigating after a white kid was knocked out and then stomped on by a mob in Ocean City, Maryland on the boardwalk.

The media described this brutal beating as a “large brawl” that broke out.

But you can see from the video — This wasn’t a brawl.

It was a beating that may have left the child dead.

The kid was knocked out and then the mob continued to beat on him and at leasat one person stomped on him.

The video comes from WBOC