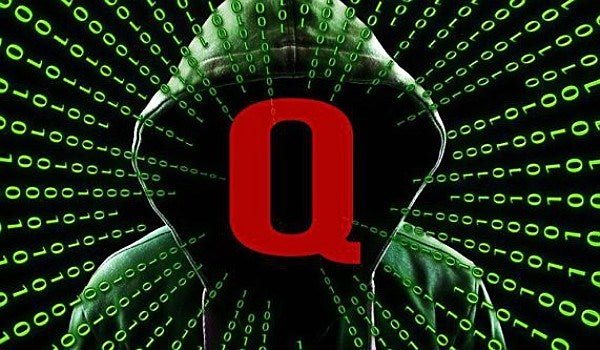 n individual connected to the QAnon movement was reportedly outed and then confronted this past week.  However, this same individual was identified by The Gateway Pundit contributor Yaacov Apelbaum three or more months ago.

Yesterday we reported that an individual was doxxed because of his alleged activities involved with the QAnon movement.

The QAnon Movement started in the middle of 2017 and attracted a huge following.  Some of the information shared within the loosely connected organization was authentic and of high quality.  Because of its success and popularity, outside influences inserted themselves into the movement and leftists attempted to identify who its leaders were.

QAnon is one of the more fascinating stories in recent history.  The American Thinker wrote about QAnon in July:

Q first appeared in October 2017 on an anonymous online forum called 4Chan, posting messages that implied top-clearance knowledge of upcoming events. More than 3,000 messages later, Q has created a disturbing, multi-faceted portrait of a global crime syndicate that operates with impunity. Q’s followers in the QAnon community faithfully analyze every detail of Q’s drops, which are compiled here and here.

The mainstream media has published hundreds of articles attacking Q as an insanerightwingconspiracy, particularly after President Trump seemed to publicly confirm his connection to it.  At a North Carolina rally in 2019, Trump made a point of drawing attention to a baby wearing a onesie with a big Q.

Of course, anything remotely linked to Trump is going to be attacked by the liberal media and the left and so QAnon was attacked mercilessly by the authoritarians in our media.

QAnon claims much of its success on quality information.  But not all of this information is legit.  The Q movement attracted a litany of outsiders.   We reported in July that Q is now a target of foreign influences including Russians.

Yaacov Apelbaum provided The Gateway Pundit information on how the Russians are influencing the Q phenomenon. The Russians now dominate a significant part of the QAnon activity in terms of content produced and narrative often publishing dozens of posts a day.  The Russians promote Russian propaganda such as Putin’s leadership, Russian military superiority, and Russia’s position as the leading superpower.

So it is not surprising that the mainstream media went after an American behind the QAnon movement.

The world’s most popular QAnon post aggregator has been taken offline, after its webmaster – a Citigroup employee named Jason Gelinas – was doxxed by Logically.com and later stalked by Bloomberg‘s William Turton – who drove out to his house for an interview